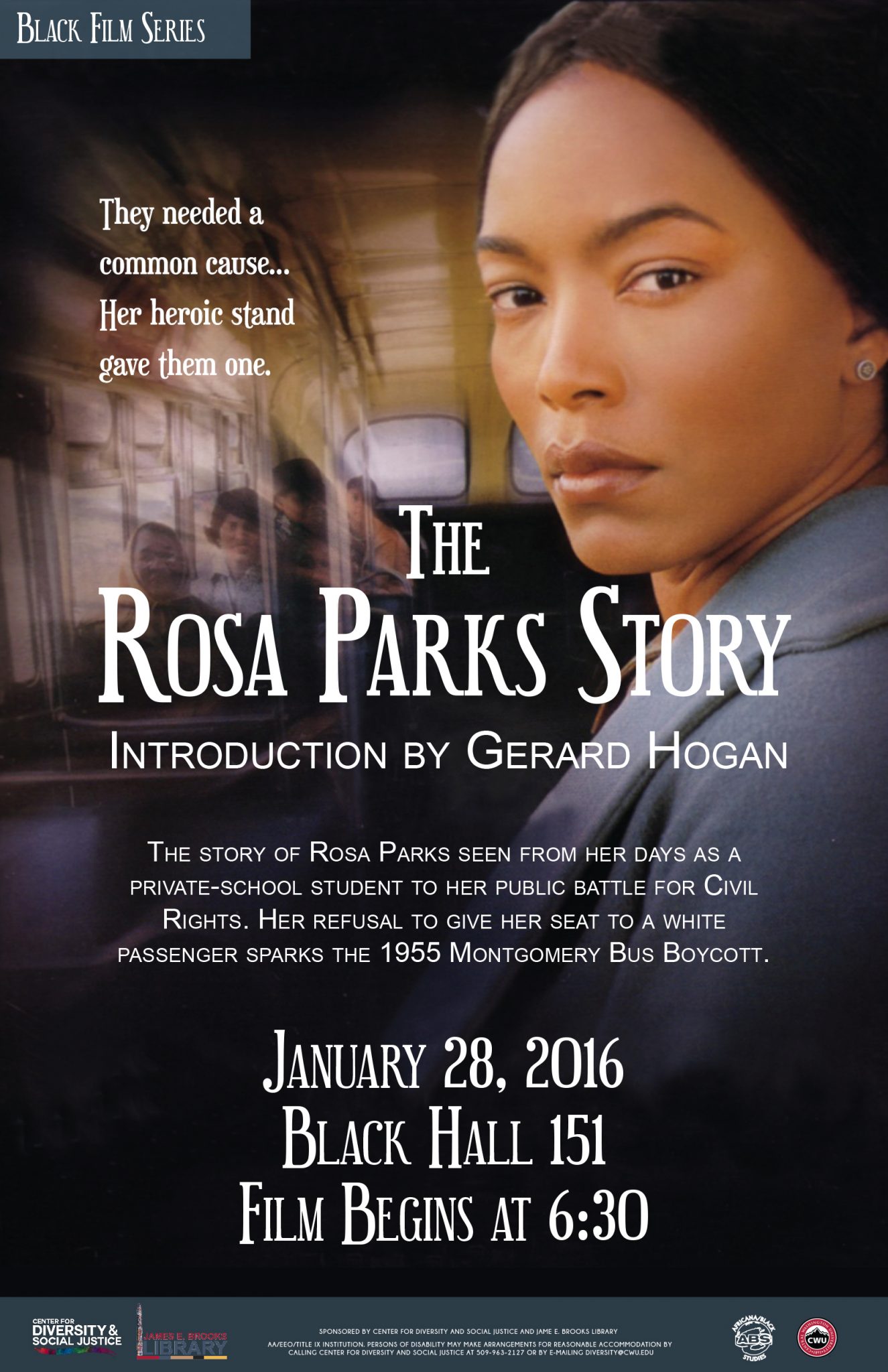 The film, which will be introduced by professor of library studies, Gerard Hudson tells the story of Parks’ life from her raising in a private school through her refusal to move to the back of a bus for a white passenger in 1955 which sparked the Montgomery bus boycott. The event is free and open to the public.

The Black Film Series is sponsored by the Center for Diversity and Social Justice. For more information, please contact the CDSJ at 509-963-2127 or email Diversity@cwu.edu