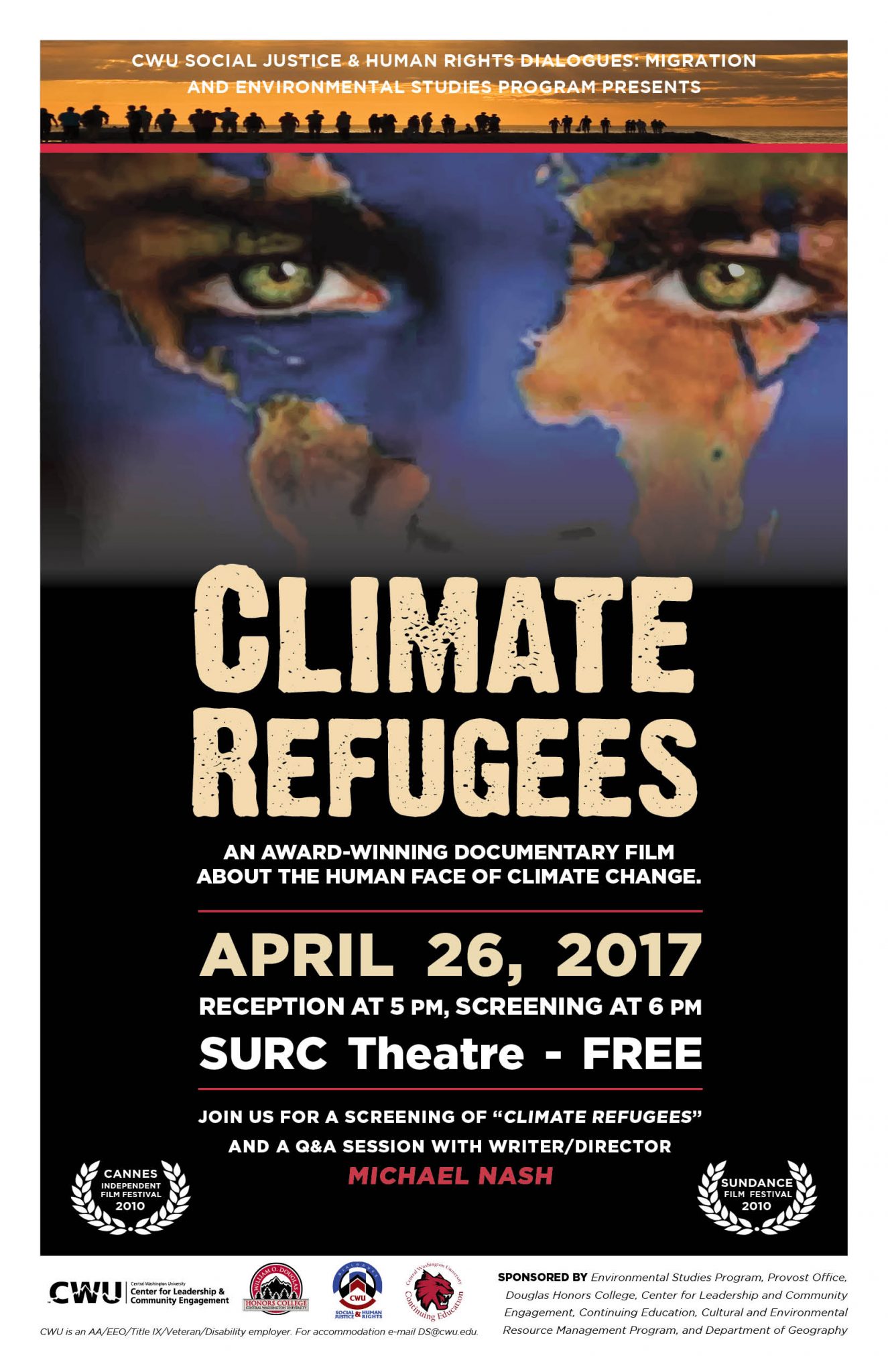 Award-winning and acclaimed documentary film “Climate Refugees” will be coming to campus. This timely and interesting film looks at a new phenomenon in the global arena—individuals displaced by climatically induced environmental disasters and rapid ecological change.

This movie will be showing on April 26 in the Student Union and Recreation Center Theatre at 6 p.m. There will be a reception at 5 p.m. before the event. This is a free event and open to the public. The director of the film Michael Nash will discuss his work and the issues that were highlighted in the film in a question and answer portion either after or before the showing of the film.

This film will leave viewers thinking about the world outside of campus and how that has such a huge impact on the millions of people who are displaced by the consequences of climate change.

Nash visited nearly 50 countries in 18 months, where he interviewed politicians, scientists, health workers and victims of natural disasters, according to a New York Times review. He begs the question of what will happen to the millions of people who lack access to basic needs like water, food and shelter? This film looks at what types of strains will occur when masses of people migrate to more developed countries.