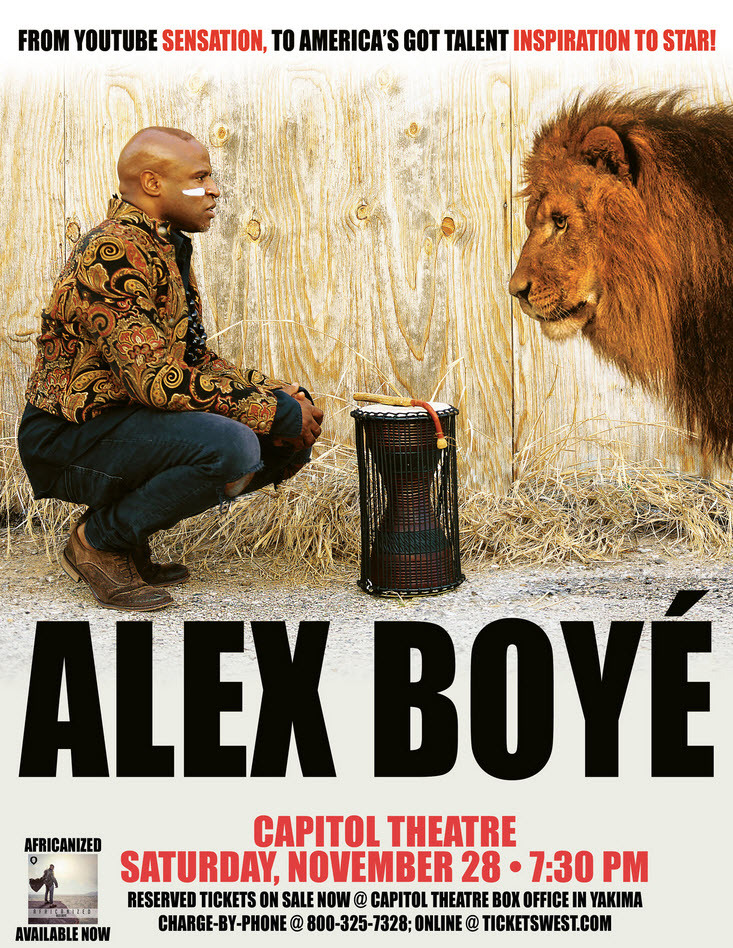 Paul Simon did it with his multiple Grammy winning trip to Graceland in the 80s. Elton John drew us all into his “Circle of Life” with The Lion King in the 90s. Now, with over 110 million total YouTube views and counting, entertaining sensation Alex Boye is “Africanizing” the pop landscape once again, infusing the explosive rhythms and various languages of his ancestral continent (he was raised by his Nigerian mother) into a highly anticipated upcoming debut pop album—a dynamic collection that perfectly embodies the singer’s belief that “music has no passport.”
Embracing his rich heritage after years of successful recordings as a gospel artist, the charismatic, London born, U.S. based vocal powerhouse is having a breakthrough year as a mainstream pop artist, scoring over 52 millions views for “Let It Go” and another 30 million views for “Peponi,” the “Africanized” version of Coldplay’s “Paradise” with The Piano Guys.
This event is presented by Little Wing Productions.