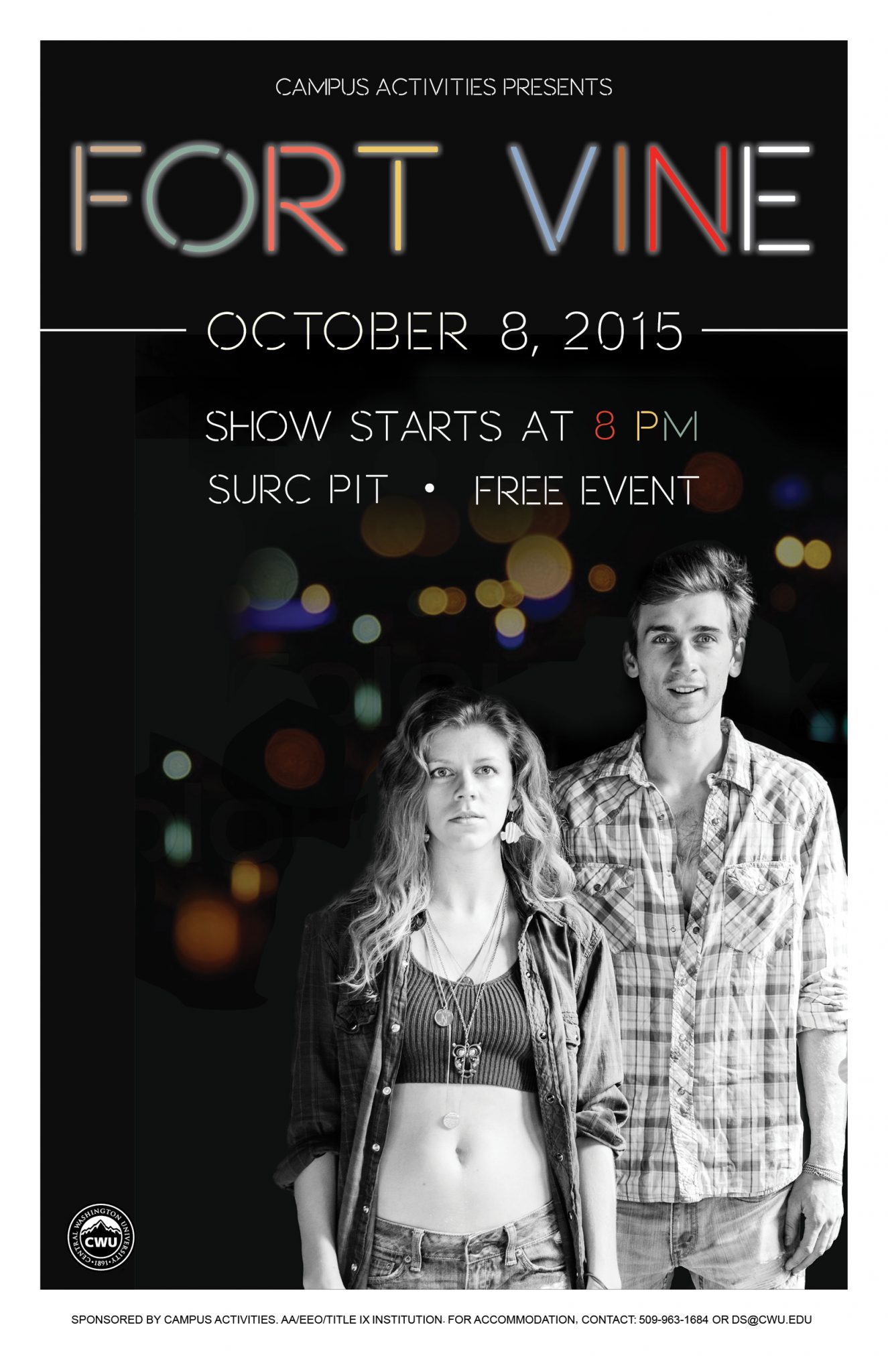 In case you missed them the first time around, indie/folk sensation Fort Vine is headed back to CWU for a their second serenade Thursday, Oct. 8 with an acoustic teaser at noon in the Student Union and Recreation Center (SURC) Pit, and a full show at 8 p.m. in the same location. The Show is free to attend and open to the public.

This four-piece folk group is making the trek back after co-founders Nyna Nelson (a CWU alumna) and Trevor Tunison (a New York native) played here together as part of CWU’s spring 2014 live music lineup. Now they’re returning with full band in toe, ready to play music off their recently released album, “One In The Same,” which was fully funded via fan contribution.

In addition to “One In The Same,” Fort Vine recently released “A Song a Day in the Month of May 2015,” which features songs written each day in May. Listen to these and more online at https://fortvine.bandcamp.com.

For more information contact Campus Activities at 509-963-1450 or Drummond@cwu.edu.