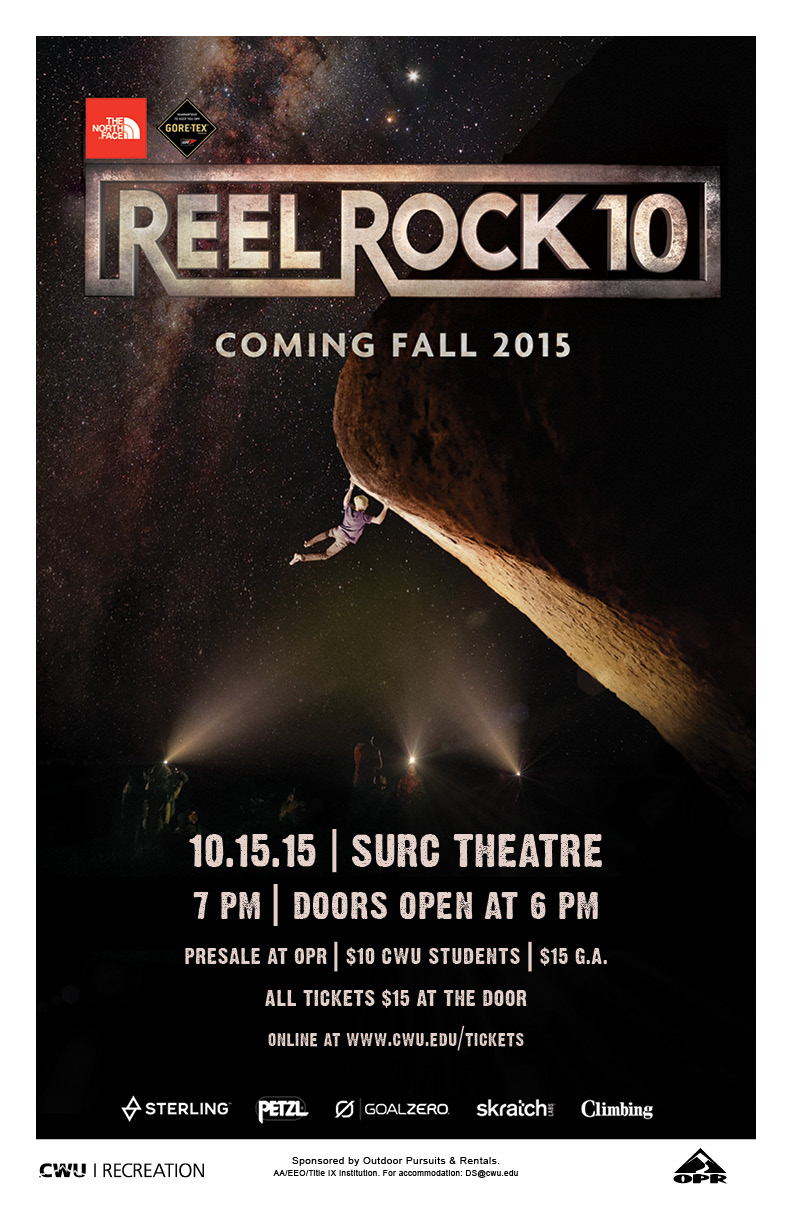 In 2006, Central Washington University hosted a then brand new film series about sport climbing and adventure. 10 years later, REEL ROCK Film Tour is the gold standard of extreme climbing and for its decade anniversary, is back at CWU Thursday, Oct. 15 at 7 p.m. in the Student Union and Recreation Center (SURC) Theatre. Pre-sale tickets are on sale at the Outdoor Pursuits and Rentals (OPR) office and are $10 for Recreation Center members, or $15 for general admission; tickets are also available online at www.cwu.edu/tickets. Day of ticket prices are $15 for all attendees. In addition to the film, OPR will be giving out free Winegar’s ice cream and Red Bull energy drinks.

Five thrilling short films edited into one, 96-minute feature will be screened this year. They include: “A Line Across the Sky,” which details Tommy Caldwell’s and Alex Honnold’s recent jagged summit trip; “Dean Potter Tribute,” a tribute to the late Potter’s achievement in vertical adventures; “High and Mighty,” a chronicle of Daniel Wood’s triumph over high-ball bouldering; “Showdown at Horseshoe H—” a peek into one of the craziest parties in the climbing world; and “Dawn Wall Exclusive,” a look at Tommy Caldwell and Kevin Jorgeson’s historic free-climb of one of climbing’s toughest routes.

Don’t miss the 10th anniversary of REEL ROCK at CWU with the series’ most exciting film yet.