Lanni Johnson of Snohomish is on a 17-day fast in front of the Washington State Capitol building, to convince lawmakers the Southern Resident Orcas need help now.

On Friday more people who worry about the survival of the orcas, which have been declining in numbers, set up displays and joined Johnson in front of the Capitol.

Johnson’s fast, a length chosen in honor of the mother orca who carried her dead calf for 17-days in 2018, will end on Wednesday. 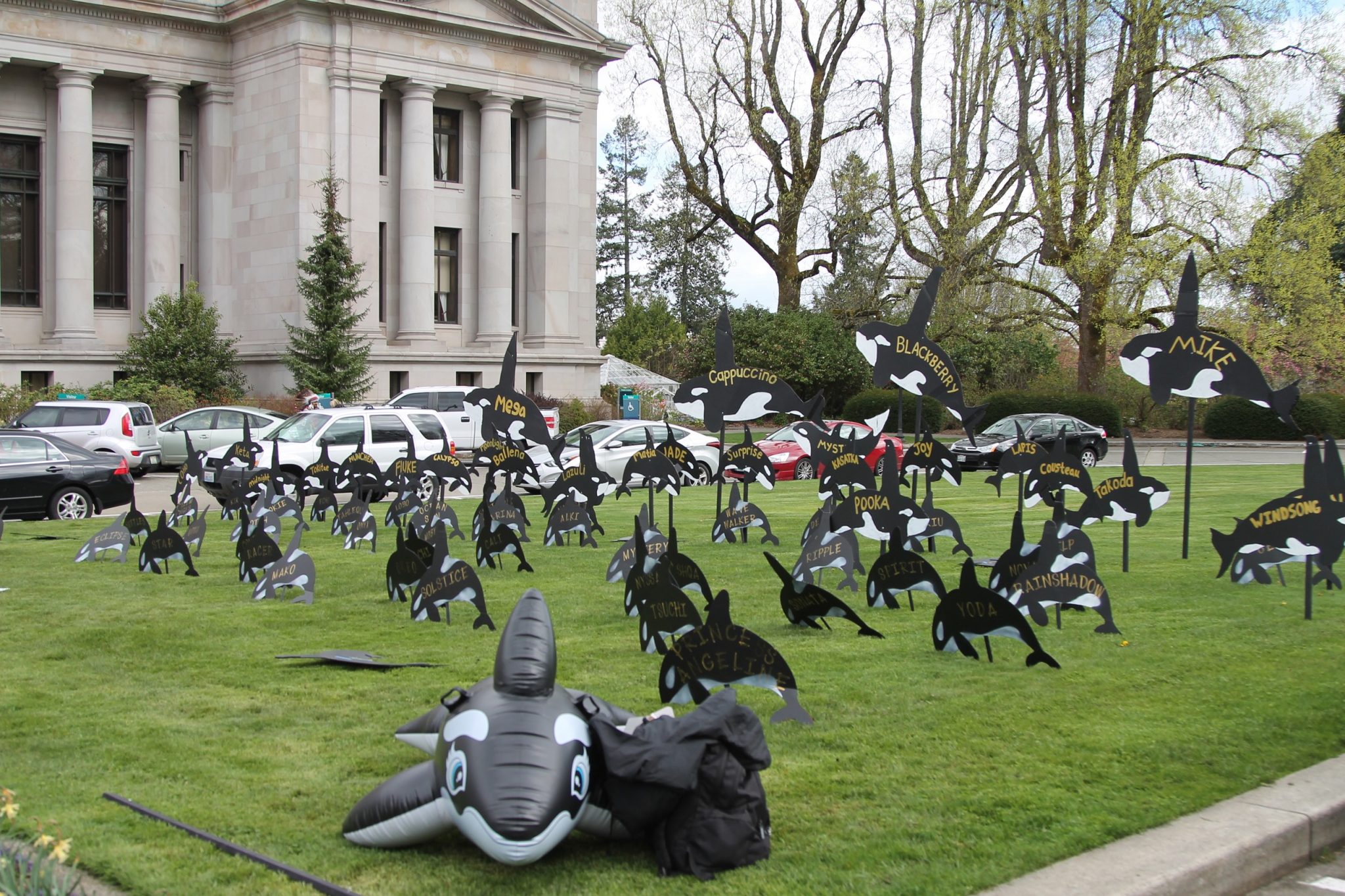 A display put up by the “North Olympic Orca Pod,” an activist group pushing for the removal of the four lower Snake River dams, shows the remaining Southern Resident Orcas. There are 75 orcas currently alive in the region. The group also put up a “ghost fin” display showing the 35 orcas who have died since 2005. – Photo by Emma Emperly, WNPA Olympia News Bureau 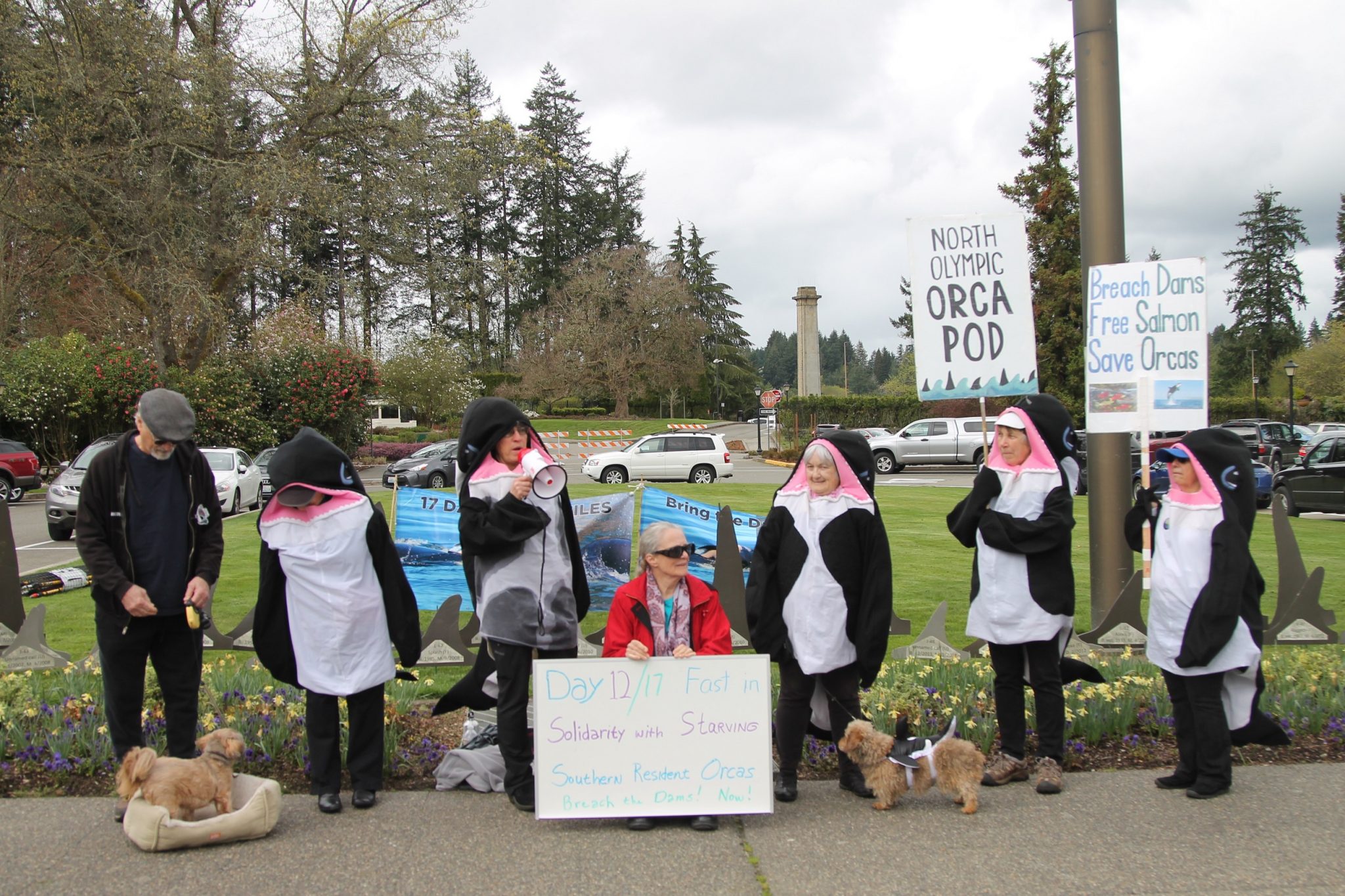 Lanni Johnson, in the center, and the members of the North Olympic Orca Pod activist group, protest at the capitol building, Friday, for the removal of the four lower Snake River Dams. Johnson is on a 17-day hunger strike to honor Tahlequah, a mother Orca who carried her dead calf for 17-days last year. – Photo by Emma Emperly, WNPA Olympia News Bureau 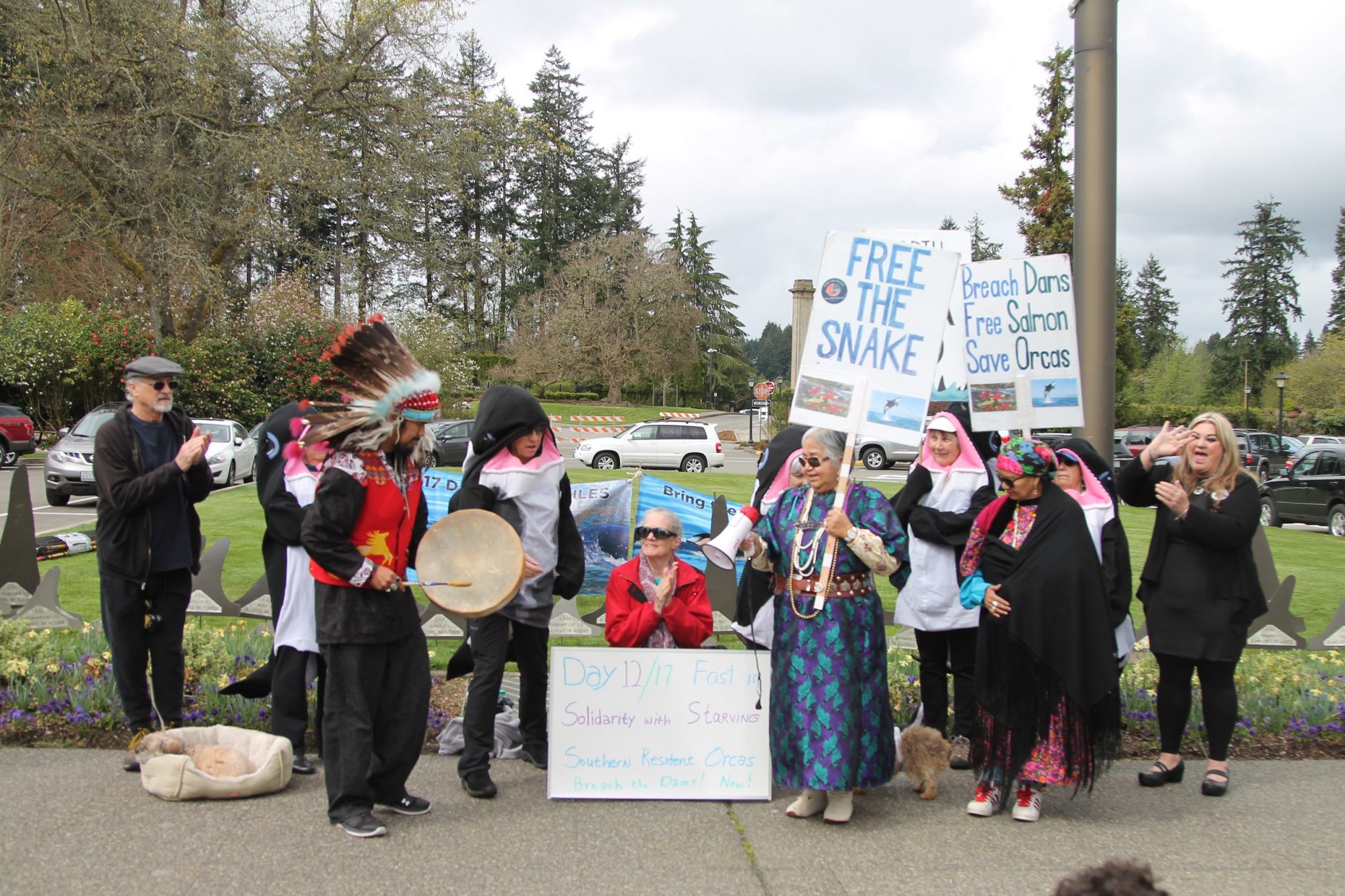 Members of the Palouse Tribe join the protest lead by tribal elder, Carrie Chapman-Schuster, who was forcibly removed from her land in 1959 in order for the lower Snake River dams to be built. Lanni Johnson is seated at center. – Photo by Emma Emperly, WNPA Olympia News Bureau