The bill will restructure the business and occupation tax and surcharges put in place by legislation passed last year to fund investments in public colleges as well as to provide grants that increase access for low and medium-income students.

“We are going to make massive investments in public higher ed,” said Sen. Jamie Pedersen, D-Seattle. “Both for the institutions and more importantly, for the students who need access to these services.”

Legislation signed last year and put into effect this year stipulated that on top of the B&O tax rate, certain businesses would also pay a Workplace Education Investment Surcharge.

Pedersen, the new bill’s prime sponsor, said he and his colleagues realized the demand for higher education programs was much higher than revenues called for in last year’s legislation.

Senate Ways & Means Committee staff member Jeff Mitchell said the tax rate that took effect in January was estimated to have generated $773 million in revenue over four years, while this year’s adjustment is estimated to bring in over $1 billion during the same timespan.

Pederson said this new legislation will be “simpler to administer, more predictable and sufficient to meet the needs of the state.”

He said  the new surcharge will affect less than 15,000 businesses and applies only to those defined as “advanced computing” companies, such as Microsoft or Amazon.  The earlier legislation affected more than 80,000 companies.

Pedersen said he wanted to focus the majority of the revenue collection for workplace education investment on businesses that “by their nature, rely on highly educated professionals.” 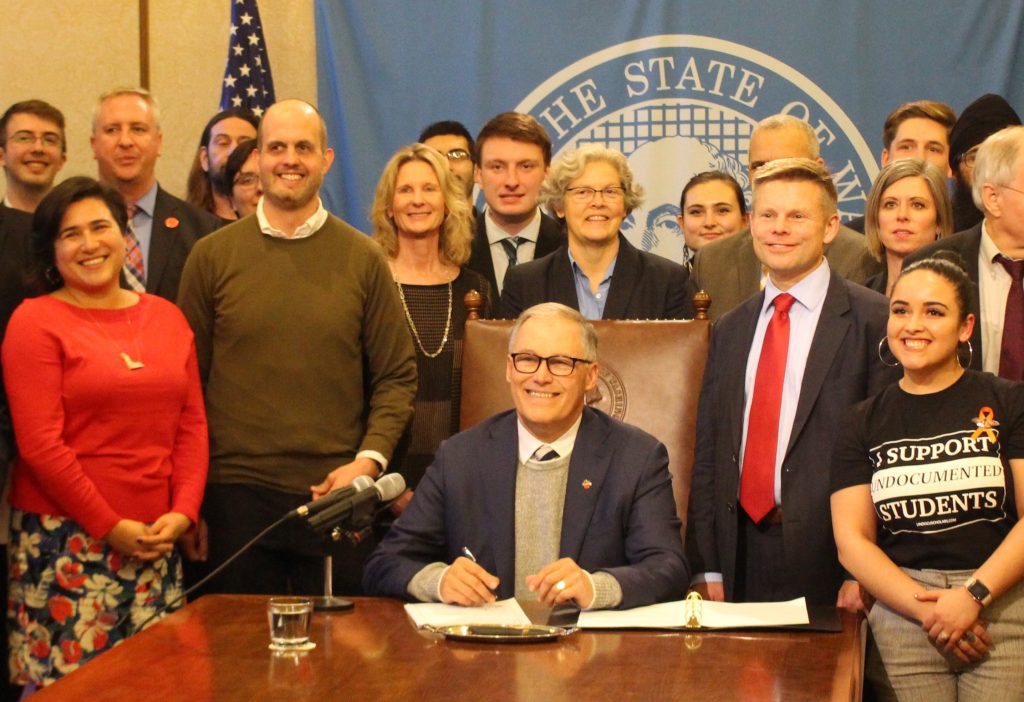 Gov. Jay Inslee, seated, signs the first bill of the 2020 legislative session into law. On the right