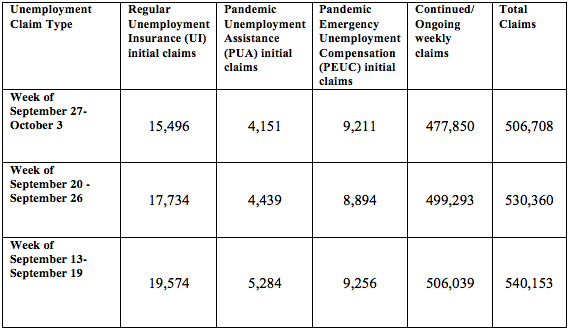 Below is a thirty-one week summary of statewide initial claims filed since the start of the COVID-19 crisis:

By county
King County, the most populous county in the state, saw initial regular claims decrease from 4,527 to 4,113 during the week of September 27 – October 3, down 9 percent from the week before.
Other counties with the largest number of initial claims during the week were:

SharedWork
For employers looking to avoid layoffs or slowly ramp up re-hiring during this crisis, SharedWork is a great program that can help. You can learn more at esd.wa.gov/SharedWork.