Initial unemployment claims for the week of December 13 – 19

In the week ending December 19, ESD paid out over $154 million for 305,547 individual claims. Since the crisis began in March, ESD has paid more than $13.1 billion in benefits to over a million Washingtonians. 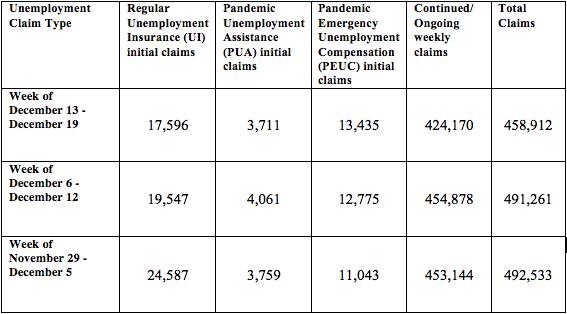 Below is a forty-two week summary of statewide initial claims filed since the start of the COVID-19 crisis:

ESD will send out the next weekly new claims press release on Thursday, December 31, 2020 at 10 a.m. Pacific Time.

Lawmakers move to limit companies that trade your data