The Senate passed a bill Friday to remove the death penalty from Washington state statute and replacing it with life in prison without parole.

The Senate passed a similar bill last year prior to the state Supreme Court declaring the death penalty as applied was racist and arbitrary. The bill was never brought to a vote in the House.

House Bill 1488 is the companion to the bill passed in the Senate and has yet to hear public testimony.

Sen. Steve O’Ban, R-Tacoma, believes it is possible to create a death penalty that the Supreme Court would approve, saying the Senate has a “lack of will” to find a solution.

Sen. Jamie Pedersen, D-Seattle, spoke in support of the bill citing the testimony that took place in the Law and Justice Committee which he chairs.

Former state Secretary of the Department of Corrections Dick Morgan testified in support of the bill in committee on Feb. 5, speaking on behalf of several other previous DOC secretaries. Morgan said hundreds of prisoners have committed similar crimes and were sentenced to life without parole yet from a management viewpoint they pose no greater risk than those on death row.

“There is punishment that exceeds normal imprisonment and that is placement in the highest security level … ,” said Morgan. “That basically results in no physical human contact with another person while that punishment is in place. It’s profound, it’s desocialization of an inmate in they’re violent enough, if the misconduct warrants it.”

During the floor debate Sen. Keith Wagoner, R-Sedro-Woolley read a statement from the killer of Jayme Biendl, a correctional officer murdered in 2011 by an inmate already serving life in prison. Wagoner argued that if the death penalty is taken off the table there is no further punishment for inmates who commit crimes while serving life in prison.

“I’m not a zealot for the death penalty,” said Padden. “I’m somewhat of a reluctant supporter.”

Since 1904, 78 people have been executed in Washington state, according to the Department of Corrections. The last execution took place in 2010. 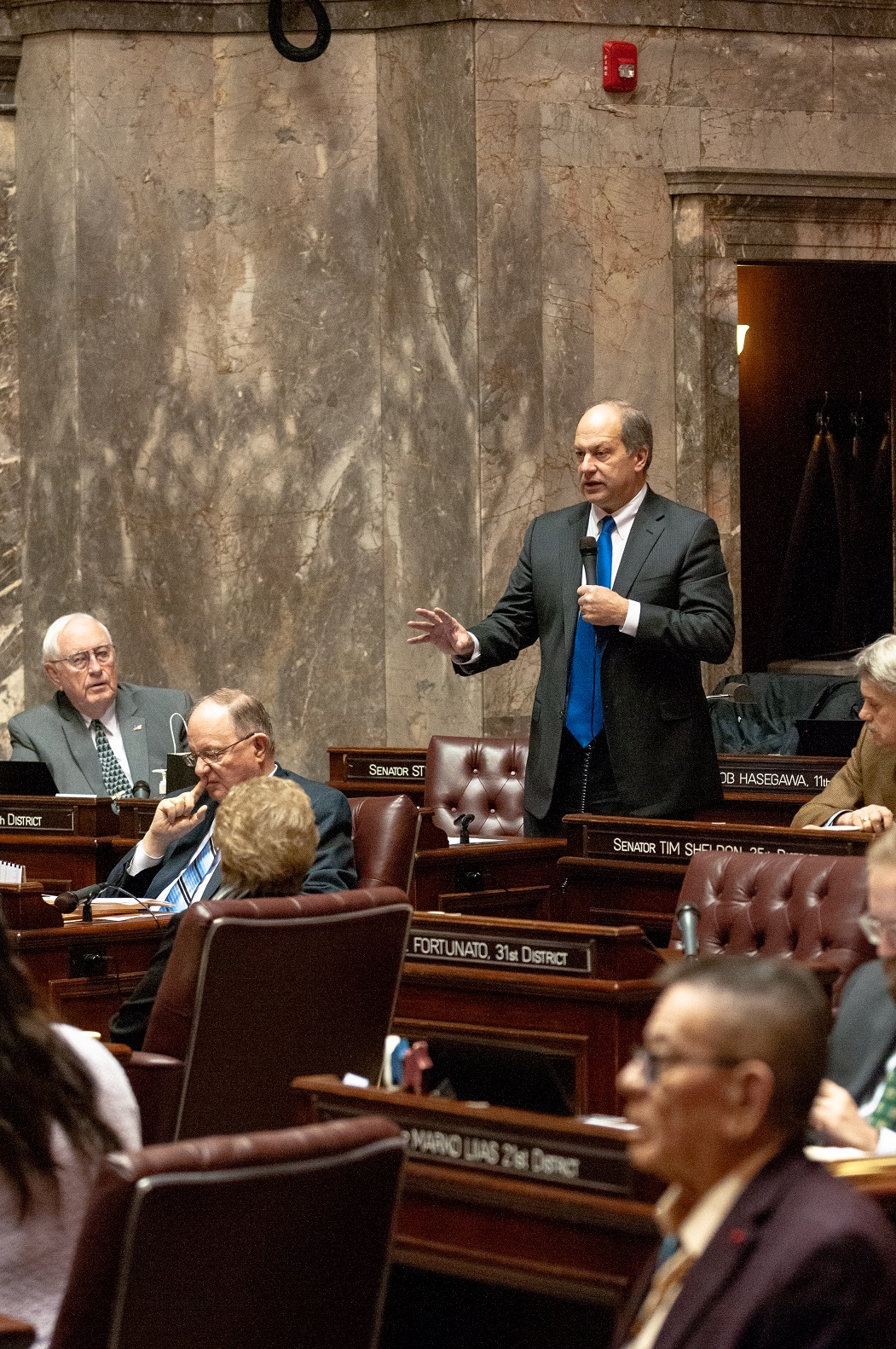 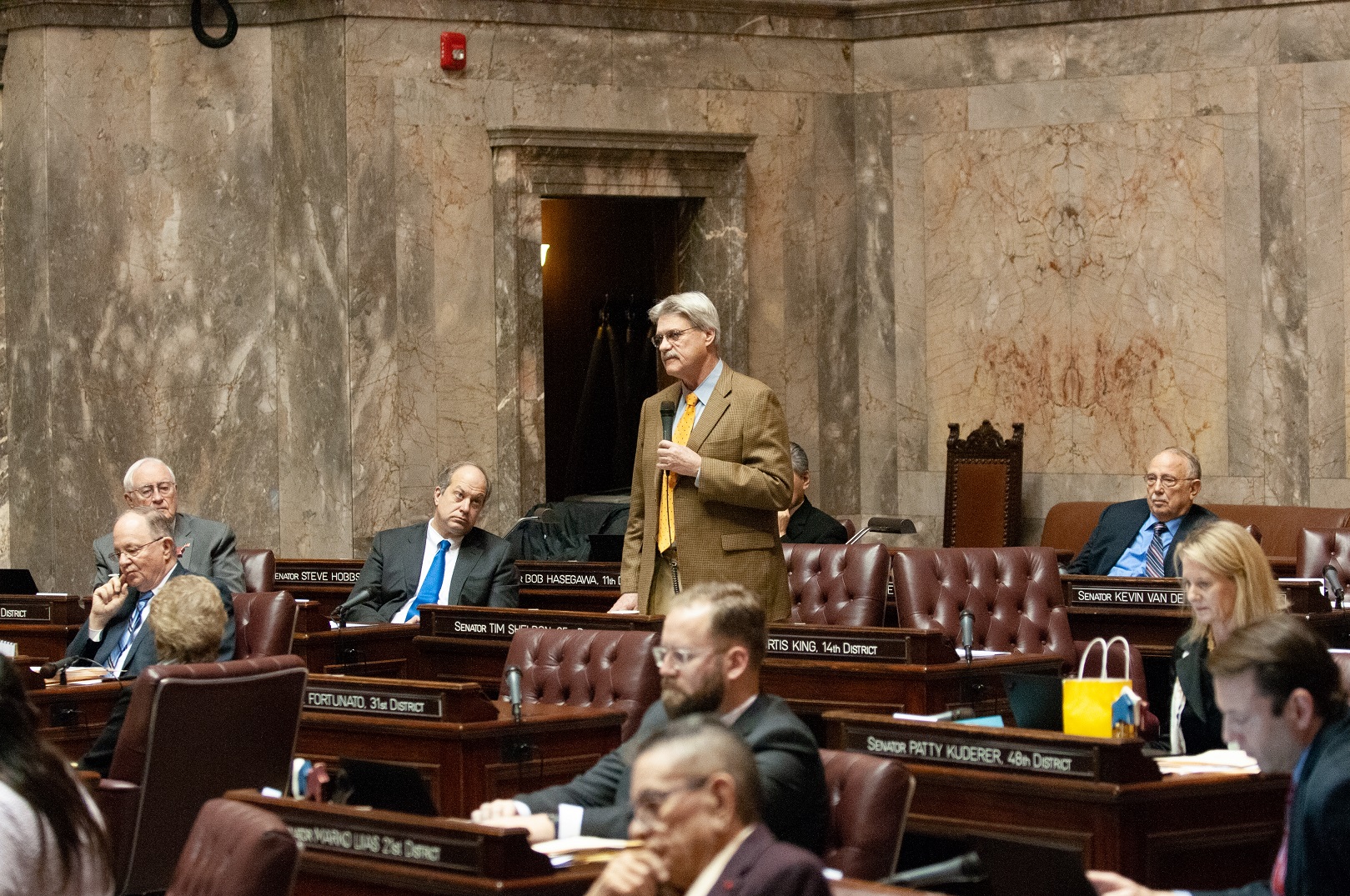 Senator Tim Sheldon, D-Potlach, speaks in support of the death penalty, Friday. Sheldon was one of three democrats to vote against the SB 5339. — Photo by Sean Harding, Olympia News Bureau

The Buzz About Honey Bees