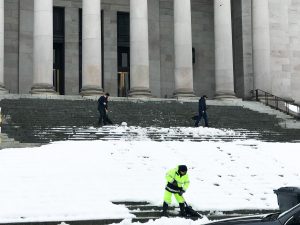 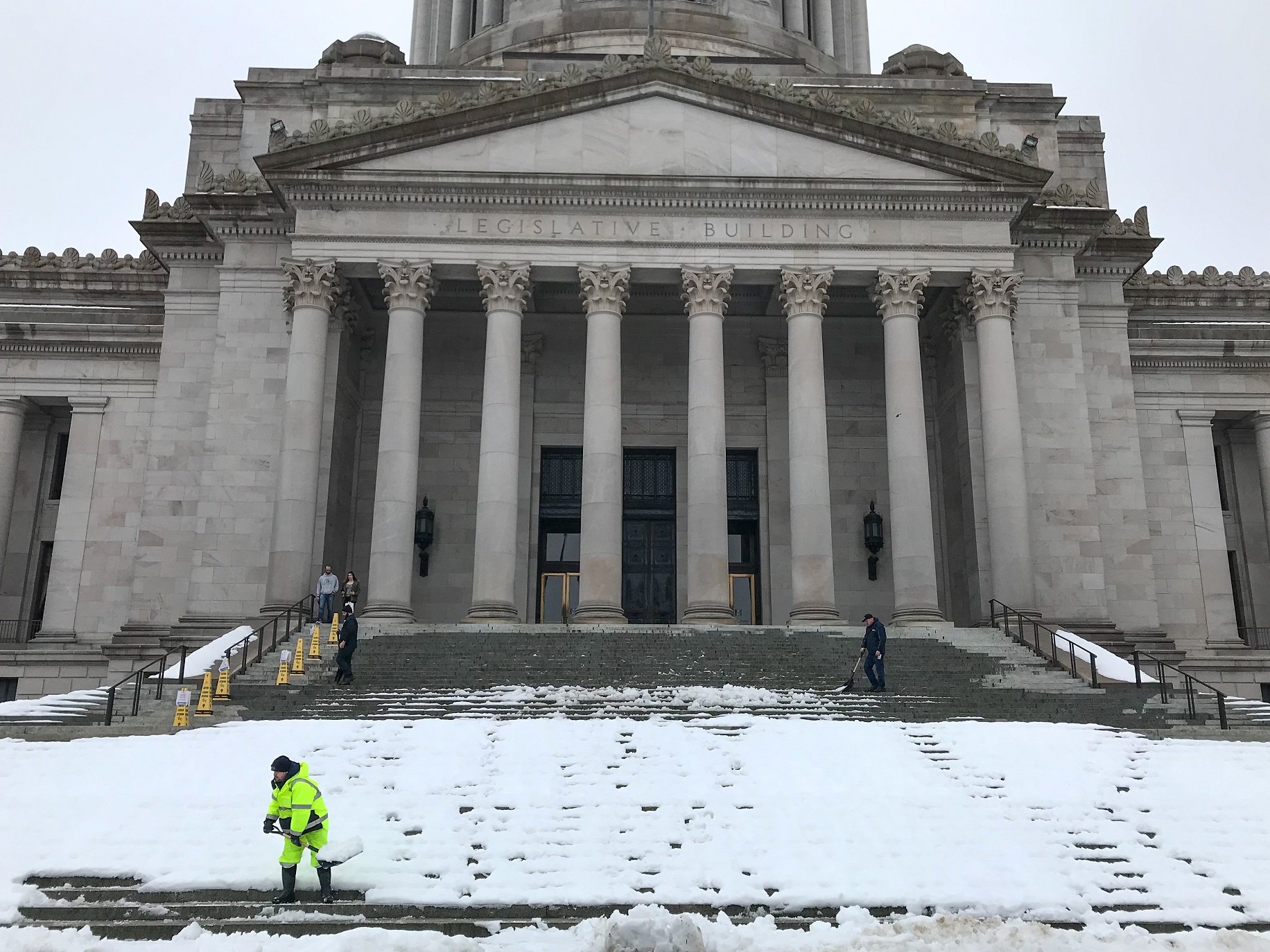 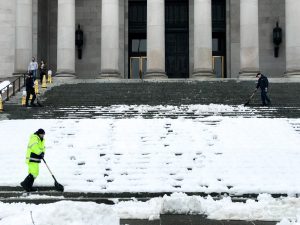 Workers shovel snow off the steps of the Capitol building in Olympia as the Legislature slogs back to resume normal operations Wednesday. The city received several inches of snow, sleet and rain and many legislative hearings were canceled as area snow plows struggled to keep the roads clear. Even on Wednesday, much of Olympia was still blanketed in snow and some parking areas remained buried in snow banks. – Photo by Sean Harding, WNPA Olympia News Bureau