Washington’s original constitution is stored in building that keeps flooding 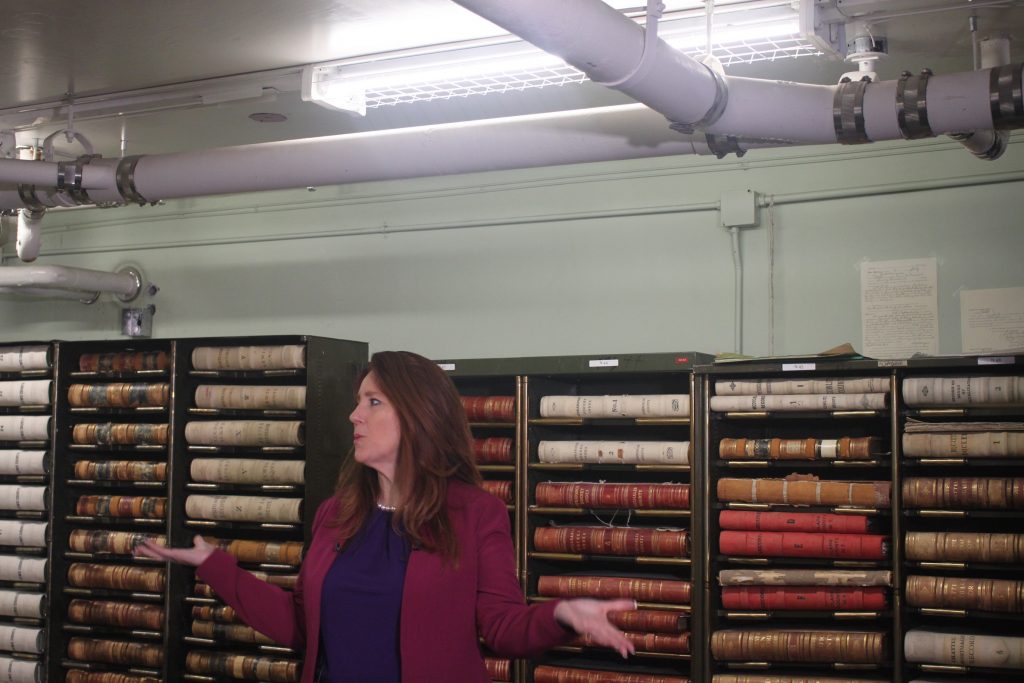 Secretary of State Kim Wyman inside the 1962 Washington State Archive building. The pipe above her head has leaked water in the past. The room stores county records. Dots on the floor mark spots where the pipes have leaked before. – Photo by Emma Scher, WNPA Olympia News Bureau

In the Washington State Archives building, records are tightly packed in shelves, file boxes, and leather-bound books so large they look like they belong in a Hogwarts library.

Some records stored in this building are older than Washington state itself — but these records are at risk of damage due to poor infrastructure that has led to leaks and flooding in the building.

Funding for a new archives building is at the top of the Washington Secretary of State’s legislative agenda this session. According to Secretary of State Kim Wyman, the issue has been raised for years and the risk needs to be addressed immediately. The building has had four water leakage or flooding incidents in the last nine years.

The current State Archives building is 57 years old has been at capacity since 2006, and currently has 238,000-cubic-feet of space taken up by storage. Many of the storage rooms lack modern fire suppression and flood management systems.

“We have a lot of security and controls to protect the records but the thing that is working against us is nature and the design of this building,” said Wyman. “We’re talking about the state’s history.”

The most recent incident was in April 2014, when a water line broke on a Monday morning while the office was still empty. Employees came in to find the facility’s research room under two inches of water. The water leaked through the floor and into the records rooms the floor below. In preparation of future incidents, staff placed markers on the floor where water had leaked.

The dots mark spots, “where we had waterfalls, so in the future we know where to put the buckets to start the process,” Wyman said while giving a tour of the facility.

So far, no records have been lost in the leakage, fire or flood incidents.

A new building would cost about $108 million to design and finance, and Wyman’s office is asking the Legislature to grant a certificate of participation to pay off the building in increments. According to the Washington State Treasurer’s Office, the agreement is similar to a lease-to-own, so the cost of the building will be paid off over time.

“If the Legislature said ‘go’ we’d hopefully be breaking ground by the end of this year,” said Wyman. “We’re ready to go we’re just waiting for the green light.”

A certificate of participation requires approval in the capital budget. House Capital Budget Committee Chair Rep. Steve Tharinger, D-Sequim, declined to comment on whether the Secretary of State’s request is on the committee’s radar for this biennial budget. 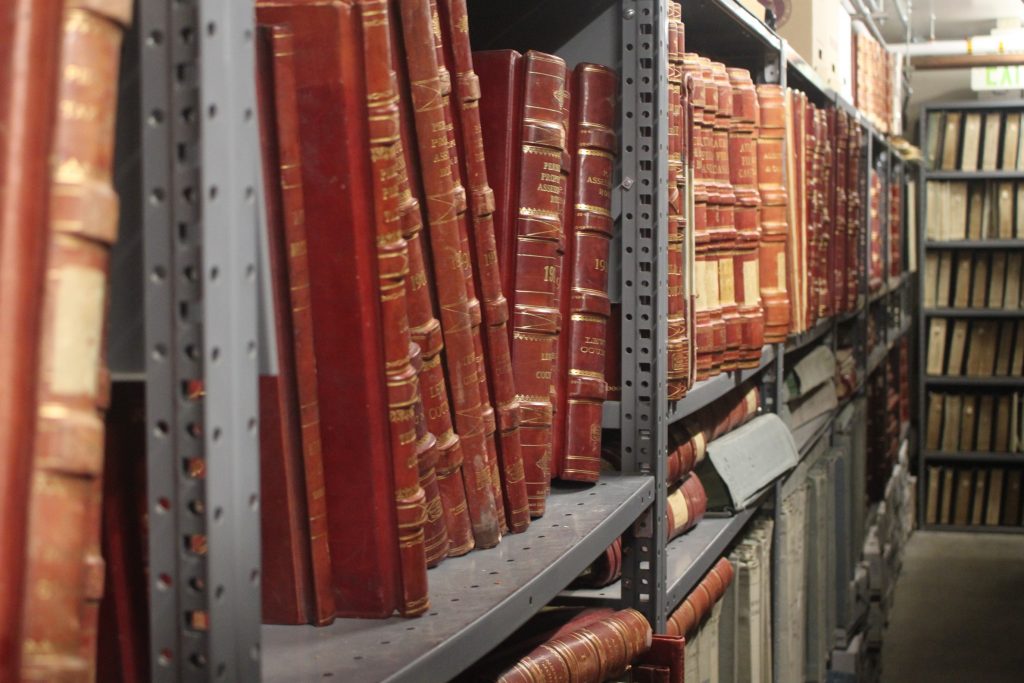 Bound volumes are county records stored in the Washington State Archives building. Records have been damaged by water, but none were completely lost in the incidents. – Photo by Emma Scher, WNPA Olympia News Bureau 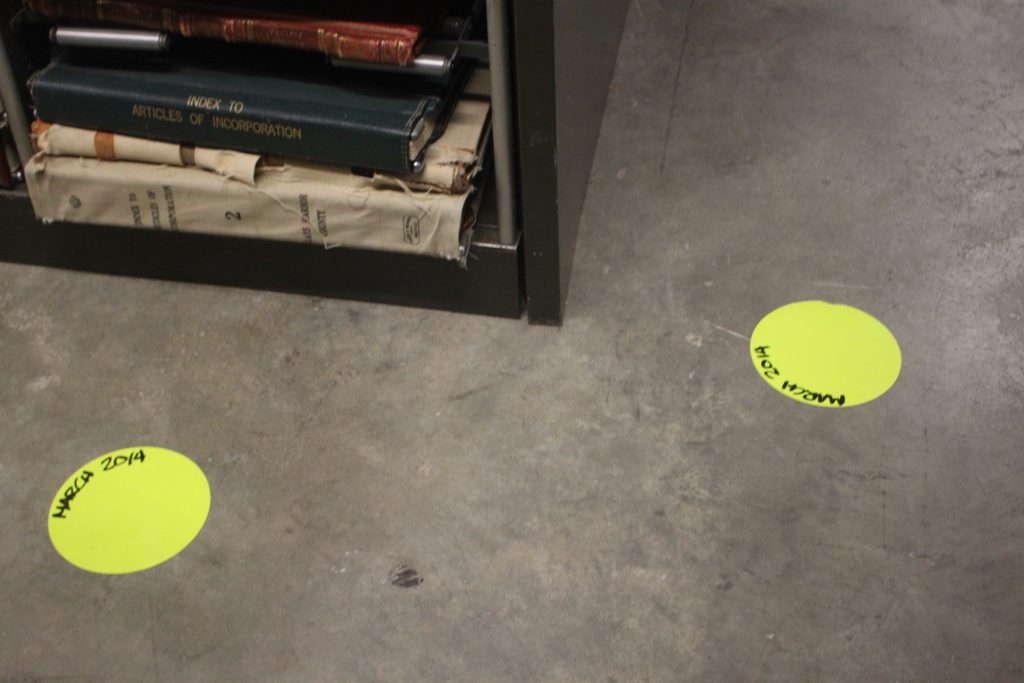 Dots mark areas where piping has leaked in the past. According to Secretary of State Kim Wyman, the markers are to show where to “put the buckets” if leakages occur again. – Photo by Emma Scher, WNPA Olympia News Bureau

Why the Economic Impact Payment amount could be different than anticipated