In a space large enough to accommodate several reporters a stone’s throw from the Capitol dome, Cameron Sheppard and Leona Vaughn will report on state lawmakers for more about 80 WNPA member newspapers throughout the state.

Cameron is a senior multimedia journalism and public relations student at Washington State University. He grew up in Tacoma where he attended Wilson High School.

Cameron first began as a news reporter for the student-run Daily Evergreen Newspaper at Washington State University in Pullman. He covered a wide-variety of local events and issues in the Moscow-Pullman community on topics including university research, local business, university administration and environmental issues.

He also was an intern at Northwest Public Broadcasting last fall where he worked as an assistant news producer for NPR’s All Things Considered program as well as a reporter on occasion.

Cameron is passionate about politics, culture and science and aspires to be a radio storyteller and producer.

Leona Vaughn is an undergraduate student from Seattle, WA pursuing journalism at the University of Washington.

Vaughn began her career in journalism as a reporter for The Daily of the University of Washington, where she has been on staff since 2017. Much of her work for The Daily focuses on news, arts, and health and wellness.

Vaughn previously interned for local news outlet, The Seattle Globalist, where most of her writing addressed issues in diversity, as well as celebrated the success of local minority community members.

Vaughn has additional experience working with film and audio storytelling.

This will be Vaughn’s first time reporting on politics, and she’s ready for the new challenge. She hopes to write informative pieces, create a conversation amongst readers, and learn more about a topic that so directly affects our world.

Again, this year former WNPA president Sandy Stokes is serving as bureau chief and assignment editor and will distribute stories as soon as they’re finished. Also, like last year, several seasoned editors from publications from throughout Washington will help with editing. 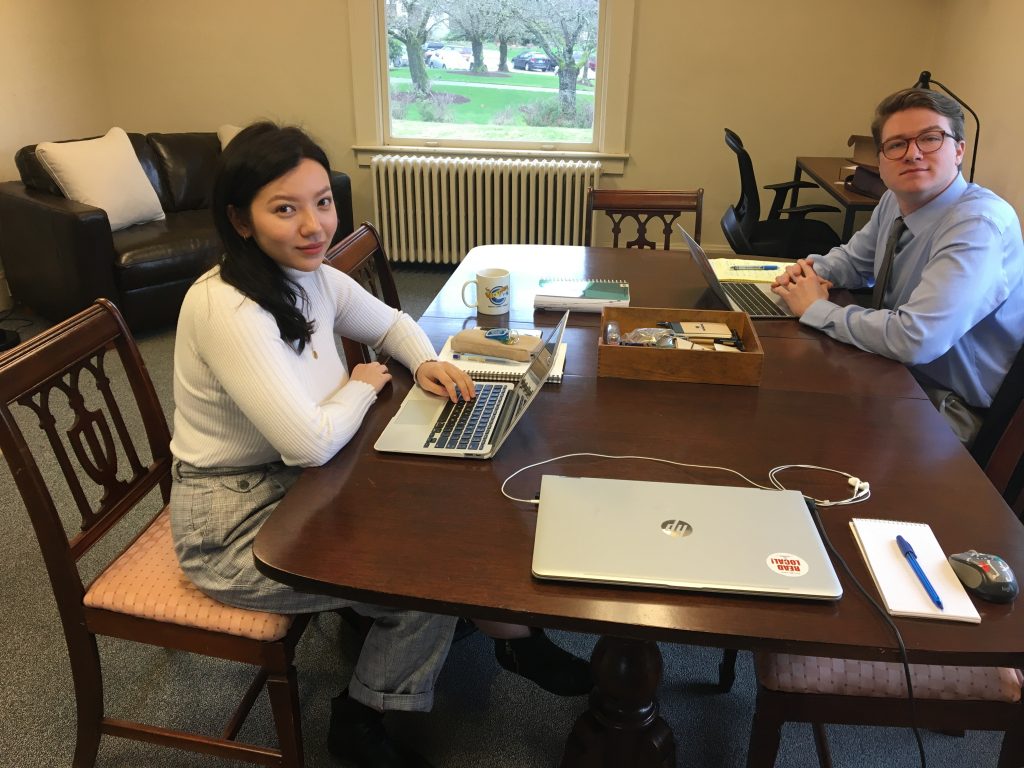 Leona Vaughn left and Cameron Sheppard right, at work in the new office on the state Capitol campus — Photo by Sandy Stokes