SEATTLE — Attorney General Bob Ferguson announced recently that his office filed a lawsuit against the federal government for illegally proceeding with the sale of the National Archives and Records Administration’s (NARA) building in Seattle. The government plans to ship the National Archives building’s irreplaceable, un-digitized records more than a thousand miles away to archive centers in Kansas City, Missouri and Riverside, California. This will effectively eliminate public access to the records. Twenty-nine federally recognized tribes, Alaskan tribal entities, and tribal communities from Washington, Oregon, Idaho and Alaska, as well as nine community organizations, historical preservation societies and museums and the state of Oregon joined Ferguson’s lawsuit.

The National Archives building in Seattle hosts exclusive and un-digitized tribal and treaty records, as well as Chinese Exclusion Act case files and records regarding the internment of Japanese Americans during World War II. The records are invaluable resources for researchers, historians and individuals seeking information about their family history or heritage. For instance, tribal members use federal archive records to establish tribal membership, demonstrate and enforce tribal rights to fishing and other activities, trace their lineage and ancestry and access native school records. According NARA’s Seattle director, only “.001% of the facility’s 56,000 cubic feet of records are digitized and available online.”

The lawsuit, filed in U.S. District Court for the Western District of Washington, asserts the sale violates the conditions Congress placed on agencies’ ability to sell federal properties on an expedited basis and fails to appropriately account for the records’ importance to the Pacific Northwest region. Further, the federal government refused to consult or cooperate with local stakeholders, including tribal governments, in making the decision to sell the property.

Talmage Hocker, a Kentucky commercial real estate developer appointed to the Public Buildings Reform Board (PBRB) by President Donald Trump, said in a December 2020 interview with the L.A. Times that his agency’s recommendation to sell the property would allow it to “become a part of the community, as opposed to what it is today.”

“My late father was a regular at the National Archives – he, like so many Washingtonians, loved the place,” Ferguson said. “He would have been shocked at the manner in which the federal government has conducted this illegal sale — ignoring the law, hiding the ball, and refusing to listen to the community. To be blunt, these federal agencies don’t give a damn about their legal obligations or what these documents mean to our region. Consequently, this lawsuit is our only recourse to compel the government to follow the law and respect the fact that these irreplaceable records contain the DNA of our region.”

“The Archives are critical partners in the conservation of our community’s history,” said Connie So, president of OCA Asian Pacific Advocates – Greater Seattle Chapter. “Most Chinese Americans left few records of their lives and history prior to 1950, making the Archive’s treasure trove of files related to the Chinese Exclusion Act all the more precious. Once, when Seattle hosted the Association for Asian American Studies conference, we made a special trip to the Archives. People marveled at the fact that they could find information on relatives that they thought were long-lost. People shared poignant stories, especially when they discovered a photo of a family member.”

“The word ‘archives,’ from the view of law firms, businesses and courts, tends to conjure an image of a records storage facility for ‘dead files,’” said Tallis King George, a Puyallup tribal attorney. “I view the National Archives at Seattle as a vibrant, special collection library… A visit to the National Archives at Seattle, for native people whose ancestral historical and cultural records are housed there, fills a deep cultural yearning to know, honor and understand the lives and sacrifices of their ancestors.”

On Feb. 25, Ferguson sent a letter urging the federal government to reconsider the decision to move the records at the Archives. The letter details the regional historical significance of the records. At the same time, Ferguson sought public records related to the proposed sale. For nearly six months, the agencies refused to produce the public records. In fact, the PBRB demanded that taxpayers pay more than $65,000 for records redaction before producing them. In response to the agencies’ refusal to comply with Ferguson’s records request, Ferguson filed three Freedom of Information Act (FOIA) lawsuits in August 2020 and a fourth in September.

After litigation commenced, the PBRB dropped its demand for $65,000. However, it is now requesting until March 31 to produce its responsive documents — a date by which the Archives building may have already been sold. In response, Ferguson filed a motion asking the court handling his FOIA lawsuits to accelerate the case schedule. To date, the four federal agencies have produced minimal records, and many of those were highly redacted. For example, a document provided by OMB noted “red flag objections” to the sale of the Seattle Archives facility, but OMB redacted the attachment listing these objections.

In October 2020, the PBRB decided that it would sell the Archives building in Seattle early this year as part of a bundled sale along with 11 other federal properties around the country. It buried the details of this dramatic decision deep in a 74-page document on its website from that meeting. The federal government did not inform any interested stakeholders of this decision, including tribal governments or the Attorney General’s Office — despite Ferguson’s letter, public records requests and FOIA lawsuits. The Attorney General’s Office only discovered it when an assistant attorney general happened across PBRB’s website in late November 2020 while conducting separate research. PBRB had previously planned on selling the properties individually over the next year.

The lawsuit also alleges significant administrative procedural violations. For example, the Office of Management and Budget’s (OMB) failed to develop the standards, criteria and recommendations required by Congress. Additionally, the federal government failed to consult or coordinate with the tribal governments in violation of federal-tribal consultation law and policy.

Legal coalition
Twenty-nine tribes, the State of Oregon, and 9 community organizations are partnering with Ferguson’s office in bringing the case. They include:

Decision to sell Seattle’s National Archives building
In 2019, PBRB identified a dozen federal properties around the U.S. as “High Value Assets” and recommended their sale in a manner that will “obtain the highest and best value for the taxpayer” and accomplish the goal of “facilitating and expediting the sale or disposal of unneeded Federal civilian real properties.” Among those properties — many of which are unused warehouses or buildings, vacant land and properties already planned for sale — was the National Archives building in Seattle. No local, state or tribal officials were consulted in its initial selection. A month later, OMB approved PBRB’s list.

In October 2020, PBRB officials claimed COVID-19’s effects on the commercial real estate market justified an accelerated bundled sale of a “portfolio” of 12 federal properties across the country. The Seattle building is included with a mishmash of federal properties, including what PBRB called an “obsolete and largely vacant” group of eight warehouses in Auburn. PBRB seeks to sell all 12 properties at the same time to a single real estate developer.

DNA of the region
The Seattle archives houses a significant collection of tribal and treaty records relating to the 272 federally recognized tribes in Alaska, Washington, Oregon and Idaho. The archives contain original drafts of tribal treaties and original copies of correspondence from treaty negotiations during the mid-19th century.

Tribal members use federal archive records for many reasons, including to establish tribal membership, demonstrate and enforce tribal rights to fishing and other activities, trace their lineage and ancestry, and access native school records. If these historical records are removed from the Pacific Northwest, many tribal members will be prevented from exercising these important rights.

The federal government did not consult with Northwest tribal leaders before deciding to move these significant pieces of tribal history thousands of miles away from the Northwest, depriving local tribes of access to these critical historical documents.

The Seattle archive facility houses original case files for people who entered the country through ports in Portland and Seattle. These case files include identification photographs, biographical information, interrogation notes, copies of federal and local court records, as well as personal letters and photographs. These files, created to discriminate against Chinese workers, have become a critical resource to Chinese Americans looking for information about their ancestors.

One person who used these records to map his family tree with the help of archives volunteers said, “it’s all there on paper, so you can literally recreate a picture of the village and family tree through these documents.”

A dedicated group of volunteers has been working to index these files, creating an extensive database of family history. If the federal government moves these files, the volunteers will not be able to complete their work or help people learn about their family history. The Seattle Times profiled these volunteers in a video called, “It’s like reading someone’s life: Seattle’s Chinese Exclusion Act Files.” 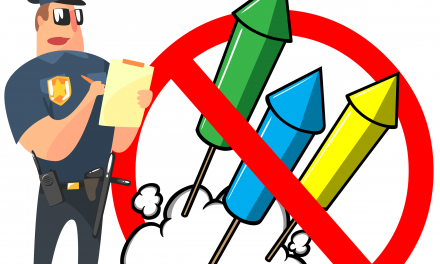 Senators balance transportation budget despite revenue shortfall caused by I-976