The suspect in a shooting homicide at the Auvil Fruit Company south of Vantage remains at large on Thursday night after efforts to track him with K9s were unsuccessful. The Toyota Tacoma pickup he drove from the scene of the shooting, an Auvil company truck with an agricultural license, was found abandoned north of Royal City near Frenchman Hills Rd and Road D SW. The truck was seized for service of a search warrant.

Garcia has history and family in Grant, Kittitas, and Yakima Counties. Law Enforcement in all surrounding counties has been notified of the situation and a nationwide emergency warrant has issued for Garcia’s detention for investigation of murder. Garcia is believed to be armed with the .40 caliber handgun used in the crime, and should be considered dangerous. Please be on the lookout and notify Law Enforcement immediately of any information concerning his whereabouts. 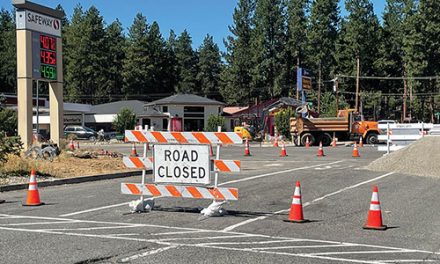 HEADLINES-OCTOBER 1 2011-READ IT IN PRINT