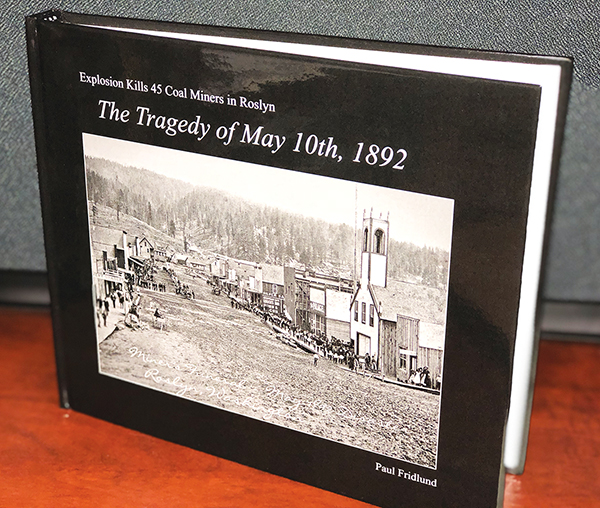 This article brought to you courtesy of Tribune Office Supply at 807 W. Davis St. in Cle Elum, WA, which is carrying this book.

by Jim Fossett with Paul Fridlund 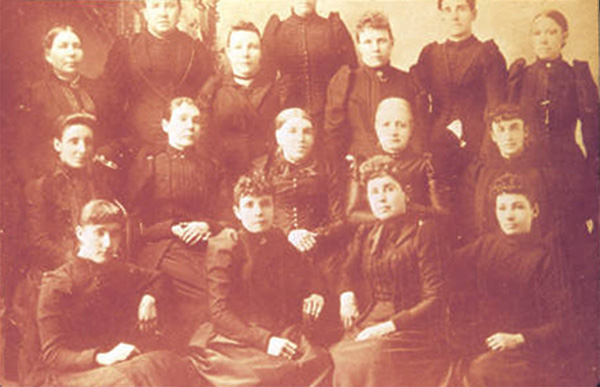 LYNDA Solter’s research provided Fridlund with the names of the 29 widows left behind after the explosion in 1892. The challenge? Match the names with the faces in this photo. Can you help? If so e-mail thesolters@msn.com. Photo courtesy of the Roslyn Public Library, Roslyn Heritage Collection

ROSLYN – This year marks the 125th anniversary of the coalmine explosion in Roslyn that claimed the lives of 45 miners. The catastrophe still ranks as the largest of its kind in state history. This month author Paul Fridlund published 195 pages documenting, in depth and from different angles, that monumental event, one that changed the lives of so many. His work is a treasure trove of photos and stories for which he said he had the foundation … 30 years ago.

Dick Watts, a longtime member of the Roslyn, Ronald, Cle Elum Heritage Club, had this to say about the book.

“Paul has done a masterful job of providing the reader with a good look at historic events surrounding the disastrous mine explosion of 1892.

“He describes, in great detail, the heart wrenching impact the disaster had on the widows and their families and presents a clear and gripping picture of the harsh circumstances under which Roslyn’s early pioneers struggled to survive. This is a must read for those who love and appreciate Roslyn history.”

Fridlund said the book required countless hours of research and writing. He said the push to finish the project began in February.

“It wouldn’t have been possible without help from Connie Wanechek and Lynda Solter. I credit them with at least 30 pages.

“What was unique about this effort is that a lot of Roslyn’s history is still visible: the bank and the NWI Building, for example. The downtown hasn’t changed much at all.”

What inspired Fridlund, a former newspaperman to take on this project?

“The coal explosion,” he said, “just grabbed me and never let me go.”

In retrospect, Connie Wanechek said her involvement was a textbook case of serendipity.

“It was such an honor and so exciting to locate information. It’s almost as if the people I needed to get to found me. Coincidence? Miracle? I don’t know. For me it was such a euphoric experience.”

Wanechek, directly related to men who died in the explosion, said the project plucked her heartstrings.

“It’s what I’m about. It’s why I’m here – to pass this history on to the next generations. The book preserves the story. It’s such a gift to the world.”

Not long ago the NKC Tribune published a photograph of the widows who were left behind. It was Solter who identified them all.

“I did a lot of proofreading but my main contribution was digging up the information on the widows. There were 29 of them, though we can only match a few of the names with faces appearing in the photo.”

She said the hope is, over time, that job will get done as the book makes its way around.

Solter worked on and off from April through September, upwards of 60 hours a week on the high end. What bug bit her?

“A long time ago I became addicted to genealogy and over time I have developed a great interest in all 300 miners killed between 1886 and 1963.”

She said the value of the book is that in the Upper County, though there are a lot of oral historians perpetuating their stories there are few written accounts.

“This is a fantastic start on getting people interested about what happened to their ancestors.”

Nuts n’ bolts of the book

The book is divided into 19 chapters. The beauty of it is that Fridlund sweeps off the cobwebs of time with his storytelling skill, best illustrated in the opener.

“Tuesday, May 10th, 1892. Benjamin Ostliff, an English immigrant, left home for the mine under thick, dark clouds. For the father of six children this day promised something that had been infrequent lately. He would work a full shift in No. 1 Mine in Roslyn. Benjamin and Frances Ostliff needed money to feed their six children during this economically depressed time.”

The chapter entitled Explosion is another example of Fridlund’s ability to color the moments after the explosion and bring them to life again.

“Outside No. 1 (Mine) rain poured down from dark clouds as people gathered at the scene of immense tragedy. Terrified for the miners, they were oblivious to their wet clothing and muddy feet.

“Deep inside the mine a haunting silence engulfed the carnage. Forty-five dead men lay scattered about in the mine’s subterranean world of tunnels. All forty-five lives had been violently snuffed out in a matter of moments.”

There are over 150 photos in this 195-page book, some of them cropped to headshots and repurposed to keep various storylines illuminated.

Included in that count are photos of people you would recognize as neighbors walking the streets of the Upper County today. Those seem to serve as the living section of the bridge to 1892, another technique unconsciously or consciously aimed to let the reader know that – the mine explosion wasn’t really that far back in time.

On the last pages of the book Fridlund acknowledges several people, illustrating that often times there is no “I” in history. And, as he remarked – that’s the way he wants it for this project.

For a few cents – Heritage Club gets rights to the book, and profits

Fridlund turned over the rights to his book to the Heritage Club – for a dollar. The club will sell the book and use the proceeds to continue good works in the Upper County.

You can find the book [retails for $30.00 +tax] at the following locations in Cle Elum: the Tribune Office Supply and Owens Meats. In Roslyn: Basecamp Books and Bites, Maggie’s Pantry, Heritage Distilling Company, and Inland Networks. [Can also be purchased online at nkctribune.com/1892book] 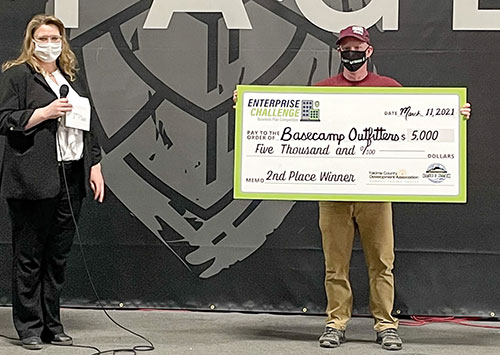 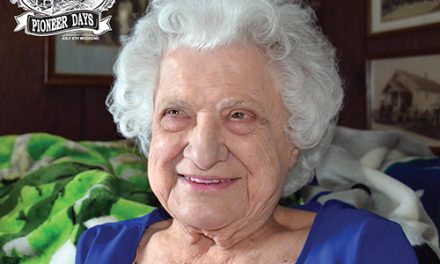 Headlines for the Week of AUGUST 15, 2013 – Northern Kittitas County Tribune