WHERE’S THE REST OF THE STORY? IT’S IN OUR PRINTED NEWSPAPER ON STANDS, IN STORES AND AT THE NKC TRIBUNE NEWSPAPER AND OFFICE SUPPLY STORE IN DAVIS PLAZA (BEHIND SAFEWAY) – NEW EVERY THURSDAY!

Supreme Court ruling ‘puts an exclamation point’ on basic education: Local school officials from Thorp to Easton and points in between, weigh in on the decision. Front page.

Managing director says furloughs at Suncadia track with industry strategies: Roger Beck gives an overview of  the situation that called for furloughs and what employees and the community can hope to see as the months march into spring and summer. Front page.

Upper County District Courthouse officially anchors in homeport Cle Elum: Which building was purchased, for how much, and where did the police station go?  Answers to these burning questions on the front page of this week’s NKC Tribune.

Do snowplaow logs reveal this winter might track with 2004-05’s?: What does NOAA and local snowplow operators say about this winter weather?  Page A2

Frankly Speaking about good foods: ‘Best Before’, ‘Use by’ and what if it expires? Hey Frank, is it safe to eat?  Page A4

Autopsy reveals that Crystal Creek body was likely struck by vehicle: Current update of the situation and more on the story as it develops.  Page A5

Cle Elum Council authorizes settlement with East First Street salvage business: After several years of locking horns the City and owner of Cle Elum Trading Post have reached an agreement.  What is it? Find out on page A5

Skyriders host poker run: Sky Meadows offered spectacular backdrop for over 60 riders and their families.  Coverage on page B4 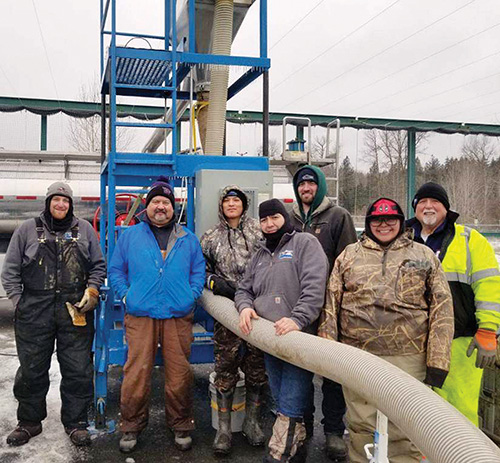 HEADLINES for the week of September 8, 2016 – Northern Kittitas County Tribune