By Cameron Sheppard and Leona Vaughn

Lawmakers are scrambling to confront a crisis that leaves people sleeping out in the cold and rain.

The complex of contributing factors of homelessness in Washington are creating a formidable challenge for state lawmakers.

At a Legislative preview, arranged by the Associated Press Thursday, Jan. 9, lawmakers outlined a number of sometimes conflicting strategies to deal with the plight of people who live on the streets.

According to the Washington State Department of Commerce’s 2018 Annual Report on Homeless Grant Programs, the number of people living unsheltered in the state has exceeded 10,000.

“Homelessness is not one thing,” said Rep. Morgan Irwin, R-Enumclaw, during Thursday morning’s panel. “It’s an umbrella term and there’s lots of reasons that people end up there.”

Gov. Jay Inslee said that while substance abuse and mental health seem to be the most common scapegoats for triggering homelessness, a lack of job skills and the rising cost of housing relative to stagnant wages could also play a role.

Gov. Inslee proposes an ambitious plan to reduce homelessness by 50% in two years, with a goal to add 2,100 local shelter beds, and rental and housing assistance to more than 3,000 people across Washington state.

“Bring people inside,” Inslee said. “That oughta be the goal.”

To help implement this plan, Gov. Inslee suggests dipping into the state’s Rainy Day Fund, which would ultimately take $300 million out of the $2.5 billion fund over the course of three years.

However, Republicans lawmakers say that it’s not necessary to tap into the fund at all, with there already being enough revenue that can be put towards the crisis. 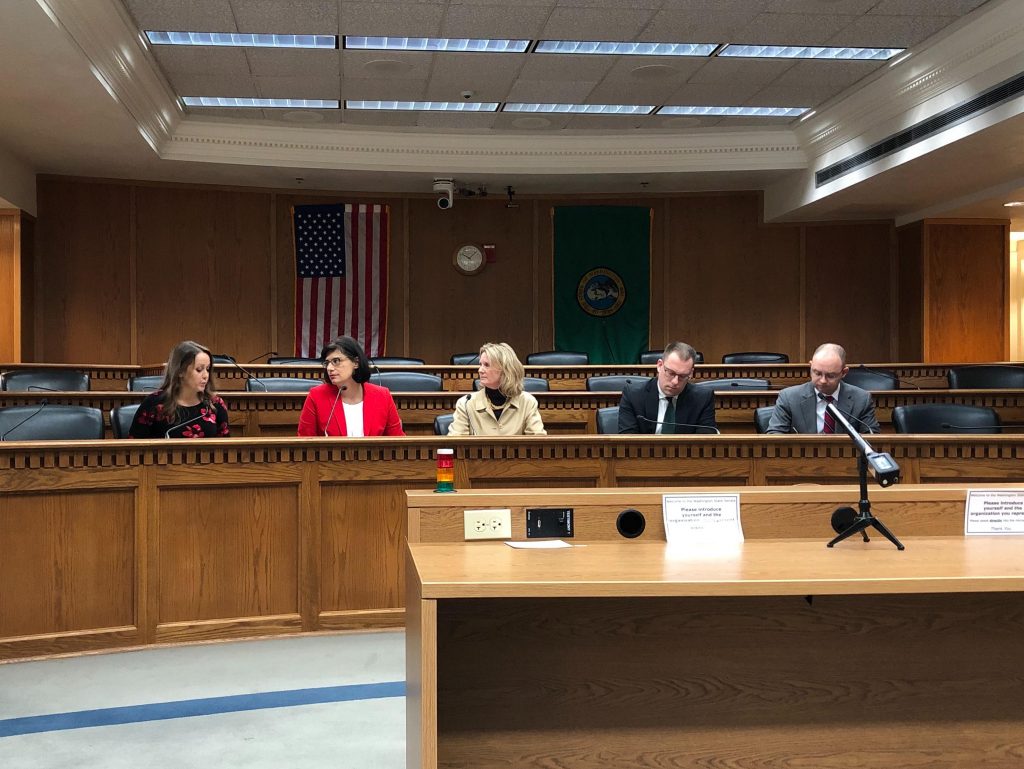