OLYMPIA – The Liquor and Cannabis Board (LCB) wishes to extend its appreciation for the continued cooperation of the vast majority of liquor-licensed businesses statewide which remain in compliance with Gov. Inslee’s Stay Home, Stay Healthy directive. While the LCB has provided some allowances to liquor-licensed businesses to help them generate income during this period, the financial impact to these businesses has been significant.
Since the order was issued in March, the LCB has taken an educational approach to restaurants and bars that have continued to operate or were otherwise in violation of the order. In nearly all cases, discussions with licensees have been enough to return the business to compliance. Despite warnings, a small number of liquor licensees continue to willfully violate the Governor’s proclamation.
Since late-March, the LCB has received over 1,300 complaints of liquor-licensed businesses in violation of the Governor’s order. Through May 19, the LCB has issued zero violations and 34 formal warnings or corrective actions.
In an effort to promote public health and in fairness to compliant licensees, the LCB will immediately be increasing enforcement at locations that have already received notice or warnings but continue to operate illegally. In short, if a liquor-licensed business ignores education and/or warnings, the LCB will issue violations up to the point of an emergency license suspension. An emergency suspension is issued when a licensee’s actions risk the public’s “health, safety and welfare.” Once issued, the agency begins the process to seek license revocation.
“We have emphasized education throughout this period; and it’s been enough in most cases,” said LCB Director Rick Garza. “In fairness to compliant licensees, we will begin issuing escalating violations to licensees who are acting in willful defiance of the Governor’s order.” 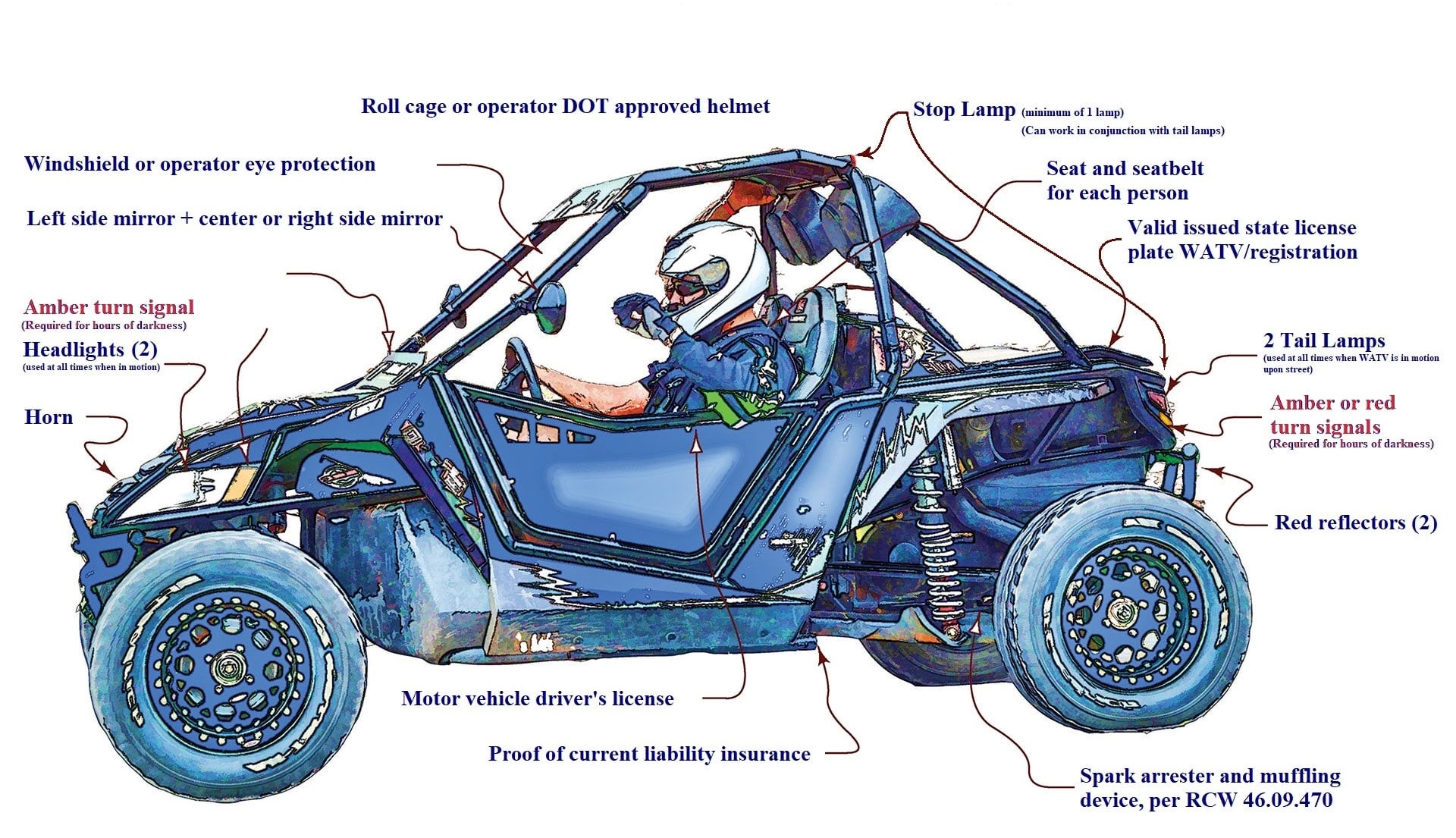 Know the Law for Street-legal UTV’s