The return to in-person education in public schools is underway.

The first bill waived graduation requirements for students who were previously on track to graduate before the emergency. The other bill allowed a waiver for previously required make-up days for private school students.

Shortly after signing the bills, in response to direction from President Joe Biden, Inslee announced the addition of educators and licensed childcare workers to the current vaccine phase, indicating they could begin scheduling appointments with providers immediately

“The good news is that schools will be able to open and we are pleased that teachers will be back in the classroom very soon,” the statement said. “This should give educators more confidence to return to in-person learning and that it can be done with the safety protocols that are being used by 1,400 other schools in our state right now.”

Inslee recently advocated for an accelerated shift to in-person learning, citing its safety.

“The reason we know it’s safe to go back to on-site instruction is because we demonstrated it with over 200,000 students now who have been on site for some period of time, in excess of 175 school districts, in excess of three or 400 schools,” Inslee said, “with a very minimal in school transmission.”

In the hours before the bill signing, Inslee saw what putting students back in the classroom looks like.

“It’s heartening to see in-person learning being done safely and to hear how adaptable and resilient our students can be,” The governor wrote in a social media post. 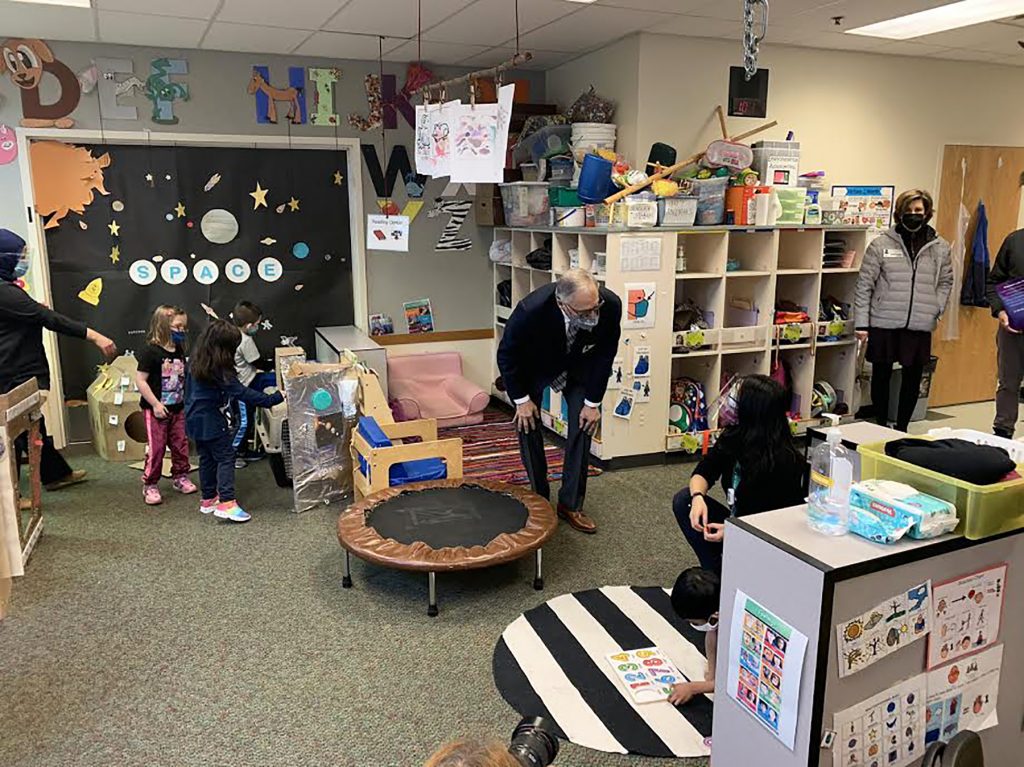