OLYMPIA – Jan. 16, 2019 – Washington may become the first state to designate an official state clam, according to a law co-sponsored by Rep. Brian Blake, D-Aberdeen and Rep. Jim Walsh, R-Aberdeen.

The bipartisan partnership of HB 1061 was scheduled for a public hearing in the House Committee on State Government and Tribal Relations on Jan. 16. 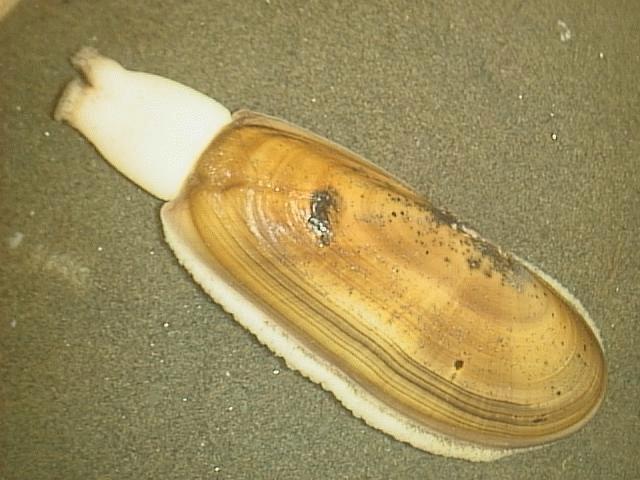 Siliqua patula, a clam native to the Northwest, could become a very special mollusk in Washington. Photo courtesy of Wikipedia Commons.

“I think it is common knowledge that the razor clam is the most important clam in the state,” said Blake at the hearing.

The bill finds that the Pacific razor clam, otherwise known as Siliqua patula, is an important part of the cultural identity of the state of Washington. The clam is abundant on coastal beaches within the Pacific Northwest.

According to the Washington Department of Fish and Wildlife, approximately 2.3 million razor clams were harvested during the 2017-18 year. The department regulates clam digging seasons and harvest limits.

Recreational razor clamming is a popular pastime in Washington. According to the bill, digging for clams is a living tradition that brings thousands of families to the seashore every year, producing healthy exercise and outdoor experiences. The Pacific razor clam is very mobile and burrows quickly into the sand, which provides a sporting challenge unique to Washington state.

Luke McNally-Crain, 8, testified in support of the bill, explaining his strong desire to protect the environment. The boy participates in the sport of clamming twice per year.

The Washington Department of Fish and Wildlife describes the Pacific razor clam as having an olive-green or olive-brown shell. The clams typically reach six inches in length and live about five years due to the high degree of mortality from predation by birds, fish, crabs and humans.

Sen. Sherry Appleton, D-Kitsap, spoke in opposition to the bill during the hearing. She would rather have the geoduck become the state clam.