Representative Matt Shea, R-Spokane, was greeted by a few dozen constituents on Friday in support of Second Amendment rights and his proposal to split Washington along the Cascades and create a 51st state to the east called Liberty.

Supporters trekked across the state on snowy roads to hear speeches in Olympia from legislators, a domestic violence survivor, and a former prosecutor.

Allen Acosta, a Libertarian who ran unsuccessfully for the the 22nd district House seat in the last general election, organized the event. In regards to the Second Amendment, “the law is a powerful tool just like guns,” he said. “Both are a great equalizer in the right hand at the right time.”

Shea has proposed to split Washington into two states, which would require both state and federal approval. “Let us be free, and we’ll see which side works out better,” he said at the rally on Friday.

Neither his bill nor his petition to Congress for federal approval have been scheduled for a public hearing. 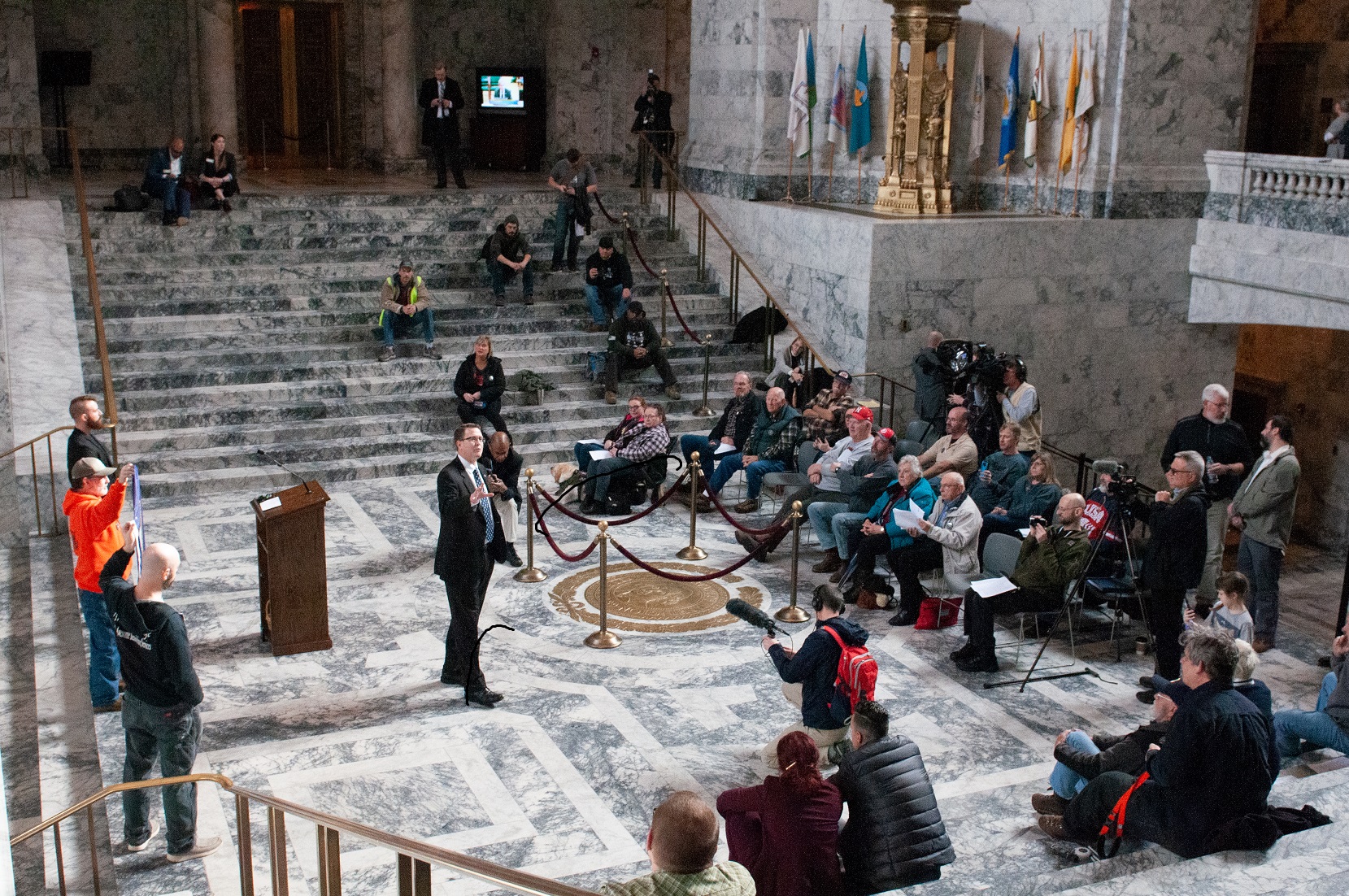 Rep. Matt Shea, R-Spokane addresses about three dozen people who drove from the east side of the Cascades to rally for gun rights and for their own state. Shea proposes legislation to form a 51st state on the east side of Washington. – Photo by Sean Harding, WNPA Olympia News Bureau

Opposition to proposed DOL rule that would strip workers of protections