A proposal to remove and replace statue of state pioneer

In the front lobby of Washington State’s legislative building stands a larger-than-life bronze statue of Marcus Whitman, an exact replica of one located in the National Statuary Hall in Washington D.C.

This, and other commemorations of Whitman, have come under recent debate about whether or not he is the best representation of Washington’s history.

Whitman was a physician who brought many settlers to Washington by covered wagon. In 1847, after a measles outbreak killed many whites and Native Americans, Marcus Whitman and his family were murdered by members of the Cayuse tribe. Sides disagree on whether this attack was justified legal retribution, or an act of revenge.

Rowland Thompson, a Whitman College Graduate, spoke in opposition to Senate Bill 5237, which would create a work group to replace the statues in both capitals.

“This bill presumes to do a character assassination on someone who was alive 170 years ago,”  Thompson said. “I think that you really need to think this through pretty carefully if you’re going to head down this road.”

Whitman has a county, mission, and college named after him in Washington, and is one of the state’s top honorees. The creation of a work group, which according to the bill would include historians, archeologists and legislators, would cost over $91,000.

State Government and Tribal Relations chair Sam Hunt, D-Olympia, suggested that SB 5237 would not move past committee. The bill’s prime sponsor Sen. Reuven Carlyle, D-Seattle, said that the goal of the bill was simply to start a conversation about the issue. Four other Democratic senators from western Washington signed on to the bill.

“I think we benefit from looking at our history and recognizing that we as a society embrace ideas and images that fit the times in which we live,” Sen. Carlyle said. “There’s a healthy, open civic discourse. This is what makes a healthy democracy.” 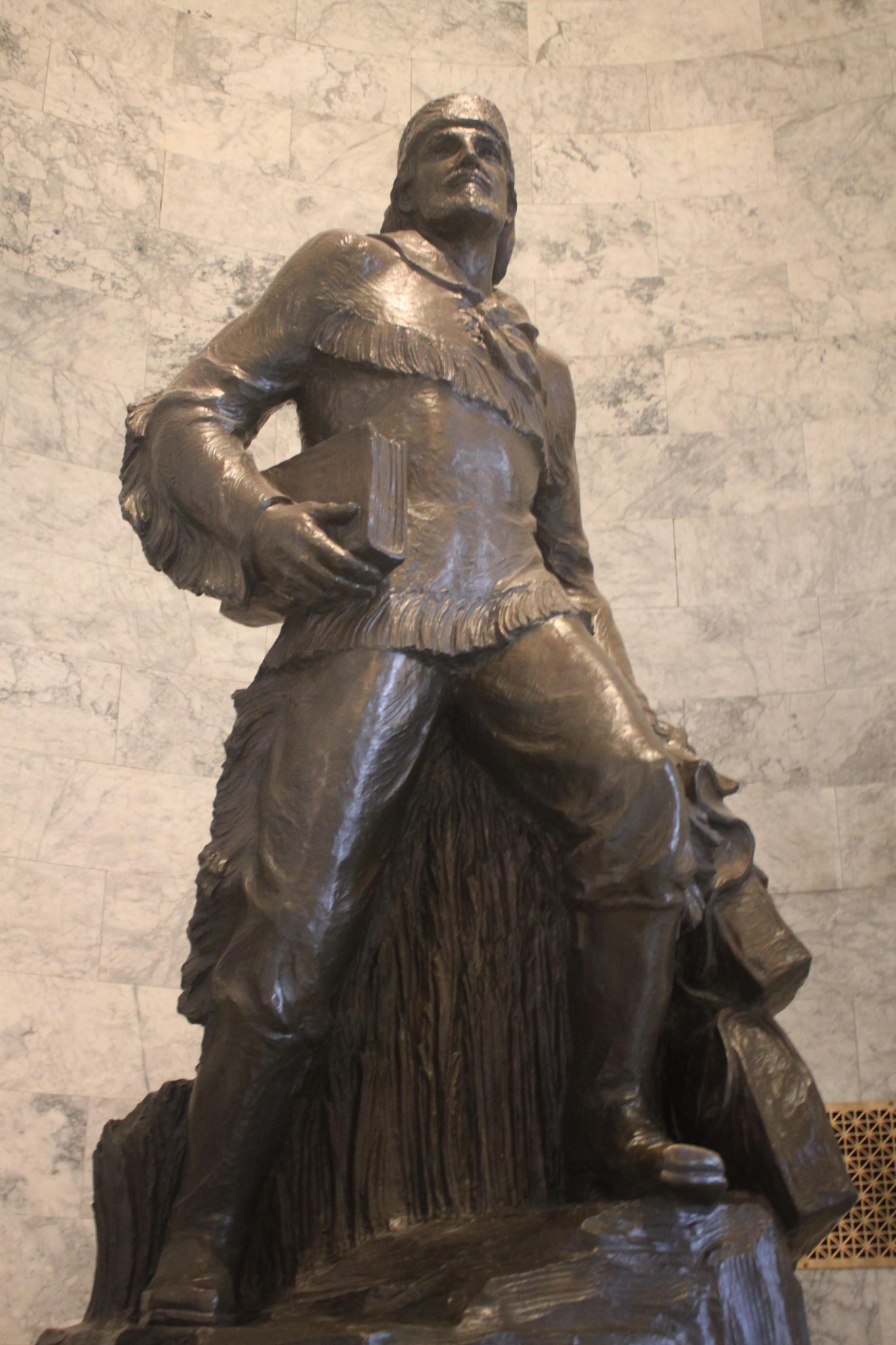 Statue of Marcus Whitman stands in the front lobby of Washington State’s capitol building. An exact replica exists in National Statuary Hall in Washington, D.C. Democrats have proposed to remove the statues and replace them with a different honoree. — Photo by Emma Scher, WNPA Olympia News Bureau