The Burn Ban and Fireworks Restrictions in Kittitas County

There has been a lot of concern related to the Burn Ban and Fireworks. The Kittitas County Fire Marshal’s office has released the following information related to the two. The Burn Ban is separate in itself from the codes that restrict fireworks. However, they are also related. The Burn Ban this year will begin on Friday June 29th at midnight through roughly the end of September. This is for the entire county.

Washington state law RCW 70.77.395 allows for the discharge of fireworks on specific days with specific times. Counties are then allowed to adopt laws that are more restrictive, but never less restrictive. Kittitas County decided in 1999 to have more stringent laws and only allow the discharge of fireworks on the 4th of July, as stated in the county code below. Any deviations from this code in the past may have been in error. Because the Kittitas County Fire Marshal is required to uphold the codes as set forth by the County Commissioners, there leaves no room for interpretation by the Fire Marshal. The word “prohibits” says it all. See below.

Effective Midnight, Friday, June 29, 2018 county-wide burn ban will be in effect for Kittitas County. No Open Burning or Recreational fires will be allowed. This is enforced through Section 20.08 of the Kittitas County Code, which may be punishable by fine. The Washington State Department of Natural Resources has already moved to a “Moderate” fire danger level on all DNR protected lands and is in effect until roughly September 30, 2018. All fire districts within Kittitas County have been notified of this action.

The intent of the Kittitas County Fire Marshal’s office is to provide a reasonable level of life safety and property protection from the hazards of fire, explosion or dangerous conditions.  The burn ban is in line with state requirements of burn bans, and that of the County Commissioner’s office. “We hope you have a fun and fire free summer,” said a representative.

Kittitas County, from the Cascades to the Columbia, and online at https://www.co.kittitas.wa.us 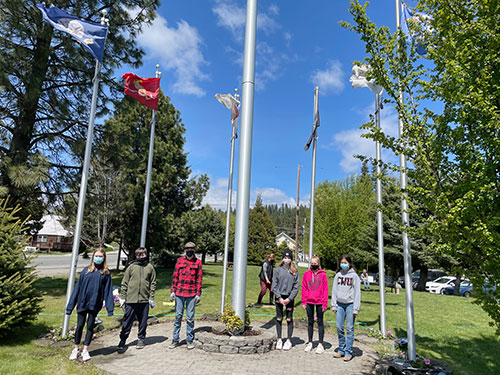