With Brexit in international news this week, the Washington Capitol had its own version with a “Lexit” rally in support of carving the State of Liberty out of the eastern side of the state.

About 50 people traveled across the Cascade Mountains from Eastern Washington to let their lawmakers in Olympia know their wishes on Friday. 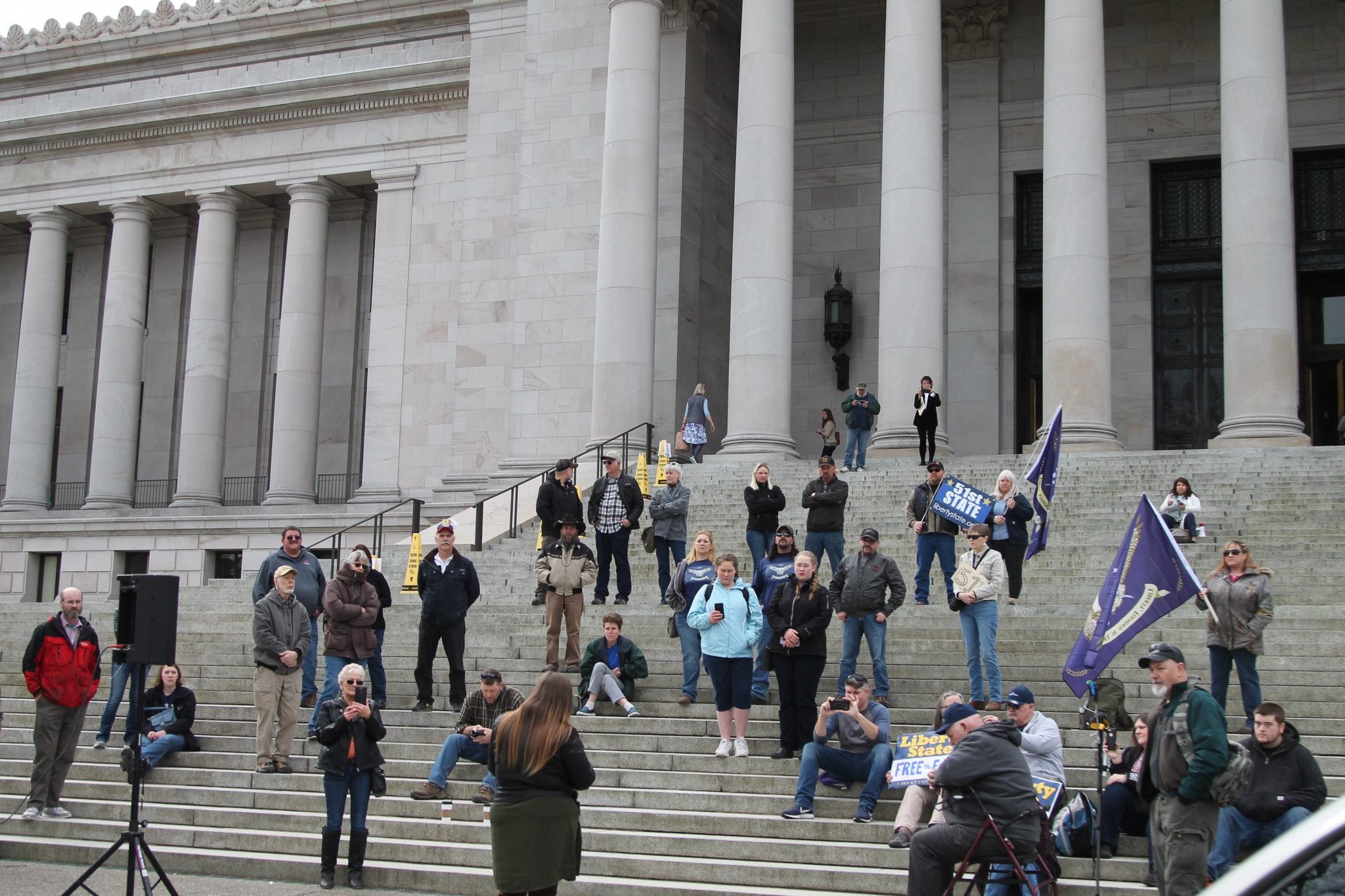 Prior to members of the legislature arriving, attendees of the State of Liberty Rally, Friday, gather on the steps of the legislative building. — Photo by Emma Epperly, WNPA Olympia News Bureau 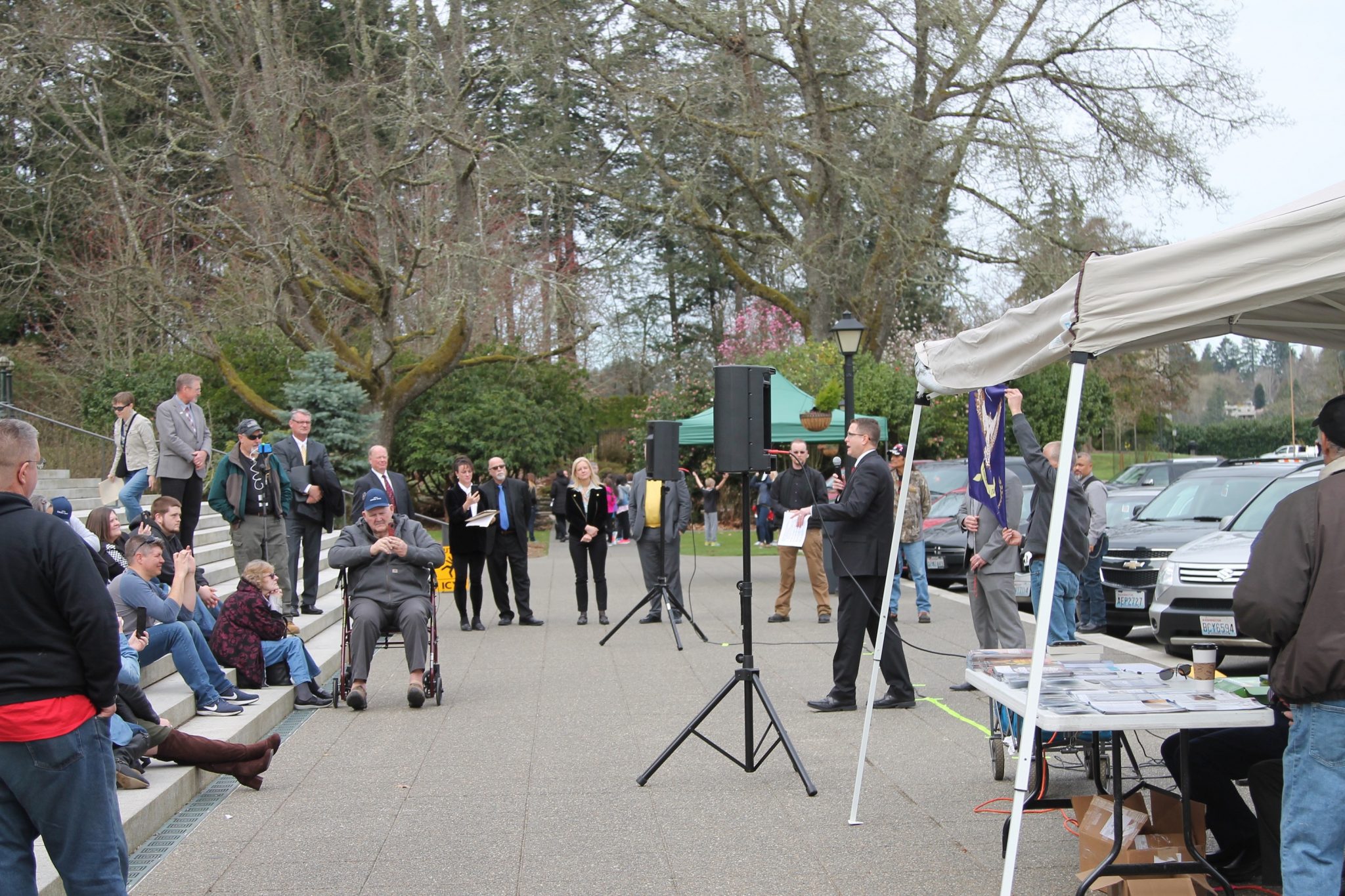