Proposed law adds a fee to plastic bags at check out

In an attempt to reduce plastic pollution, a bill banning retailers from handing out free single-use plastic bags in the state of Washington is moving in the Legislature.

The bill, SB 5323, was passed by the Senate with a vote of 30-19 on Wednesday, Jan. 15, and is now headed to the House for further consideration. If the bill becomes law, shoppers will have to either bring their own bags or pay an eight-cent fee for a reusable carryout plastic bag.

The bill was a one-party proposal, made by the Democrats, and received the support of two Republicans voting yes. One Democrat voted no.

This isn’t just a statewide issue, it’s a worldwide problem that is having a huge negative impact on our environment and wildlife, Sen. Das said.

Sen. Reuven Carlyle, D-Seattle, one of the bill’s co-sponsors, refers to it as a “modest, but genuine step forward” in reducing the state’s single-use plastic consumption, which he says is an environmentally-harmful addiction we’ve developed and can no longer ignore.

“We are choking,” Sen. Carlyle said.

With single-use plastic bags no longer an option at check out, consumers would instead be given a choice between paper bags and paying eight-cents each for reusable bags made from film plastic.

These new carryout bags would need to meet certain strength, durability, and recyclability standards. The bags must be able to hold 22 pounds over a 175-foot distance, survive at least 125 uses and be washable, according to the original Senate Bill Report.

The goal of the proposed law is not to get an extra eight-cents out of people, but to encourage them to practice more sustainable habits and remind consumers to bring their own bags, said Sen. Patty Kuderer, D-Bellevue, another co-sponsor of the bill.

“For me, it’s about behavior change,” Sen. Das said. “People need that extra incentive to change their behavior.”

The eight-cent fee not only motivates shoppers to bring their own bags, but it also takes the burden off of retailers by compensating for the cost of the new, stronger carryout bags.

Shoppers who rely on food stamps, or other food or nutritional assistance programs, would not be charged the eight-cent bag fee.

Sen. Kuderer takes it as a good sign that the bill passed in the Senate as quickly as it did, and many of the bill’s co-sponsors are hopeful that it will make it through the House of Representatives and onto the floor this session. 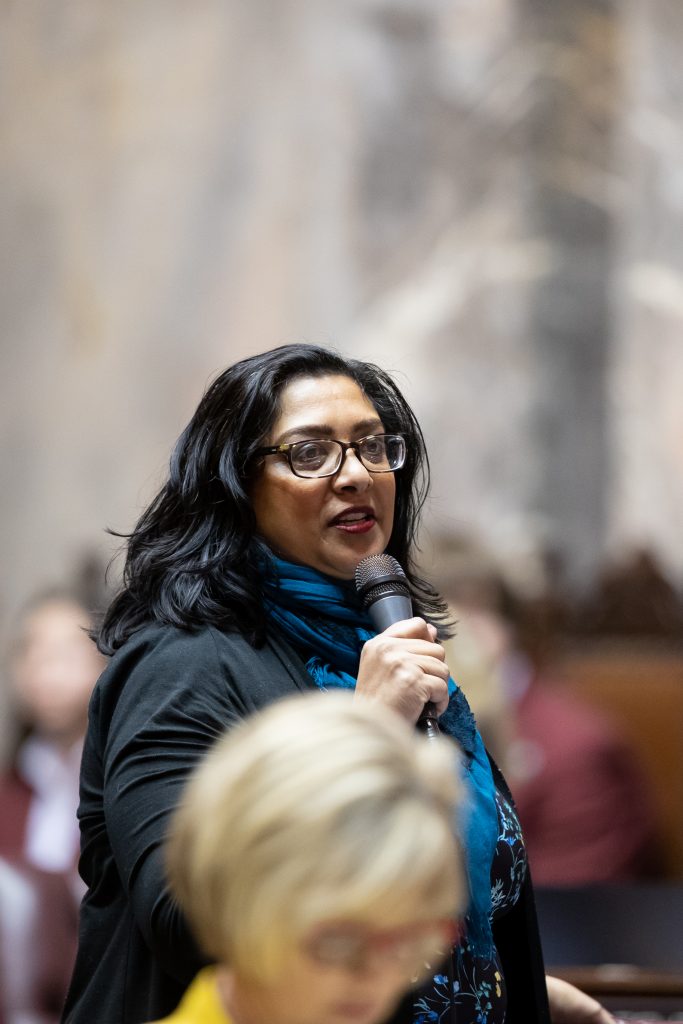