ITHICA — What do you get when you combine what bird watchers see with what satellites see from space? Answer: Something spectacular. The eBird program at the Cornell Lab of Ornithology just released more than 500 animated maps spanning the entire Western Hemisphere. The maps show in fine detail where hundreds of species of migratory birds travel and how their numbers vary with habitat, geography, and time of year.

“Building upon more than 750 million observations submitted to eBird provides a whole new way of seeing biodiversity,” says Steve Kelling, co-director of the Center for Avian Population Studies at the Cornell Lab. “Now, we not only have an idea of where to find a bird, but where that bird is most abundant as well. The detail and information in the animations is breathtaking.” eBird is the largest biodiversity citizen-science project in the world.

To create these new visualizations, the eBird science team used five years of observations from 179,297 bird watchers across the Western Hemisphere. They combined human observations for 610 species with NASA satellite imagery of land cover, land use, and water, along with nighttime light data from NOAA. These visualizations are much more than eye-candy.

“The detailed information coming from observations submitted by bird watchers around the world is a game-changer,” says Amanda Rodewald, Garvin Professor and co-director of the Center for Avian Population Studies at the Cornell Lab. “These new data products show week to week where species occur, and this type of spatial and temporal information helps guide more flexible conservation solutions that can more readily accommodate human and ecological needs.”

The new eBird animated abundance maps show movements and abundance of birds through the Americas as they travel to and from their breeding grounds. For example, you can see Canada Warblers move from concentrated wintering locations in the Andes in South America to their breeding grounds in the United States and Canada. During spring migration, the Gulf Coast of Texas, a key stopover and refueling point for Canada Warblers, lights up purple indicating a large concentration of Canada Warblers. In the fall, Canada Warblers slowly make their way south traveling through Mexico and Central America before settling in the Andes.

These new animated maps are publicly available for researchers, educators, and conservationists to help inform conservation actions. Citizen-science data can help answer any number of questions about where and when species may benefit most from conservation efforts. And as more people around the world report what birds they see, the eBird science team will be able to build global models to show the interconnectedness of birdlife and to guide bird conservation everywhere. 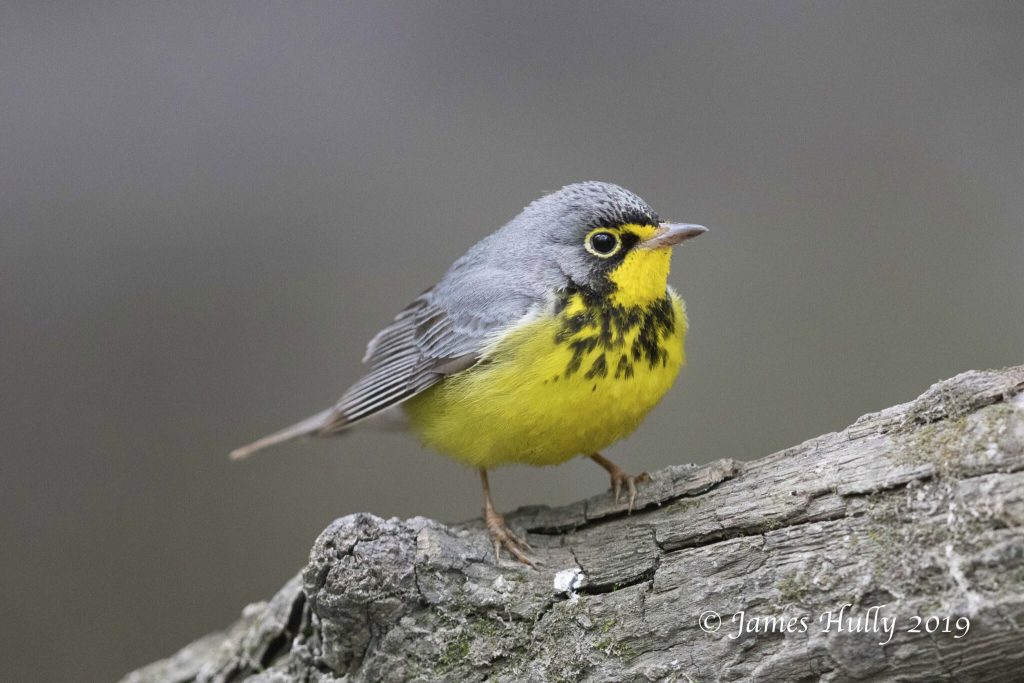