OLYMPIA – On what turned out to be a cold and rainy day, nearly 150 people from across Washington gathered Jan. 17 on the state Capitol steps in support of their right to bear arms.

Lawmakers and activists alike spoke to an excited crowd of people worried that a Democratic legislative majority might pursue increased gun regulation.

Many who attended held signs in support of Rep. Matt Shea, R-Spokane Valley, who was removed from the Republican Caucus after a private investigation alleged he was involved with the planning and coordination of the Malheur Wildlife Refuge armed standoff that put law enforcement officials in danger.

Matt Marshall, an Eatonville resident and leader of the Washington Three Percenters gun rights group, spoke at the event. He demanded due process for Shea and attacked the credibility of the investigative report that claimed Shea was a “domestic terrorist.” According to Marshall, Shea’s only involvement in the standoff was to coordinate peace.

Marshall was also critical of House Minority Leader J.T. Wilcox, R-Yelm and republican leadership. Marshall announced that he will run against Wilcox in November for the 2nd Legislative District House seat. 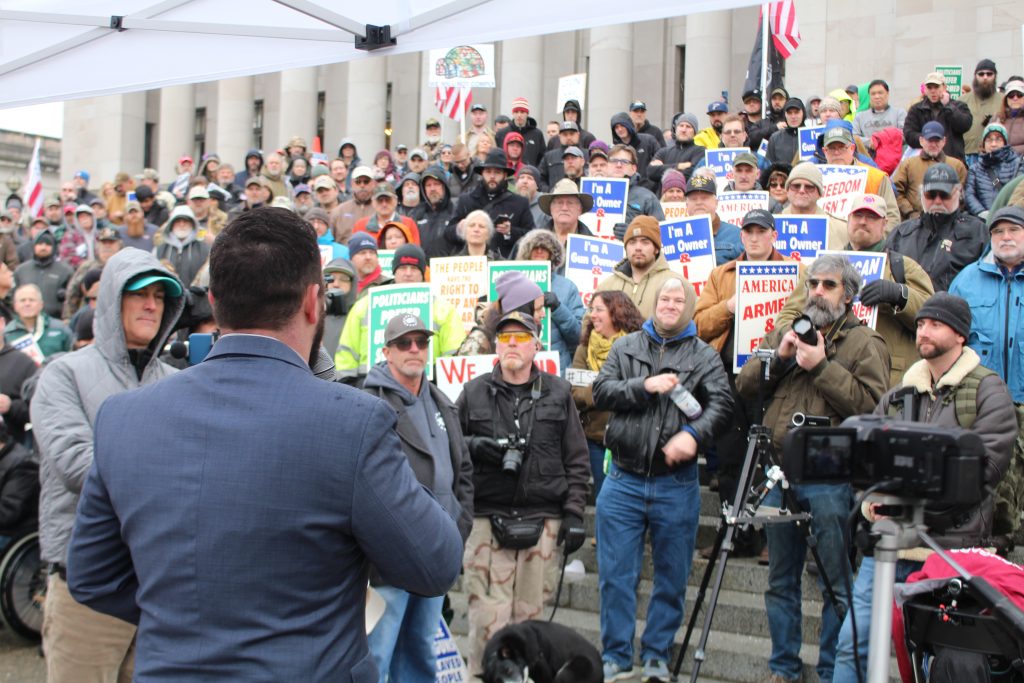 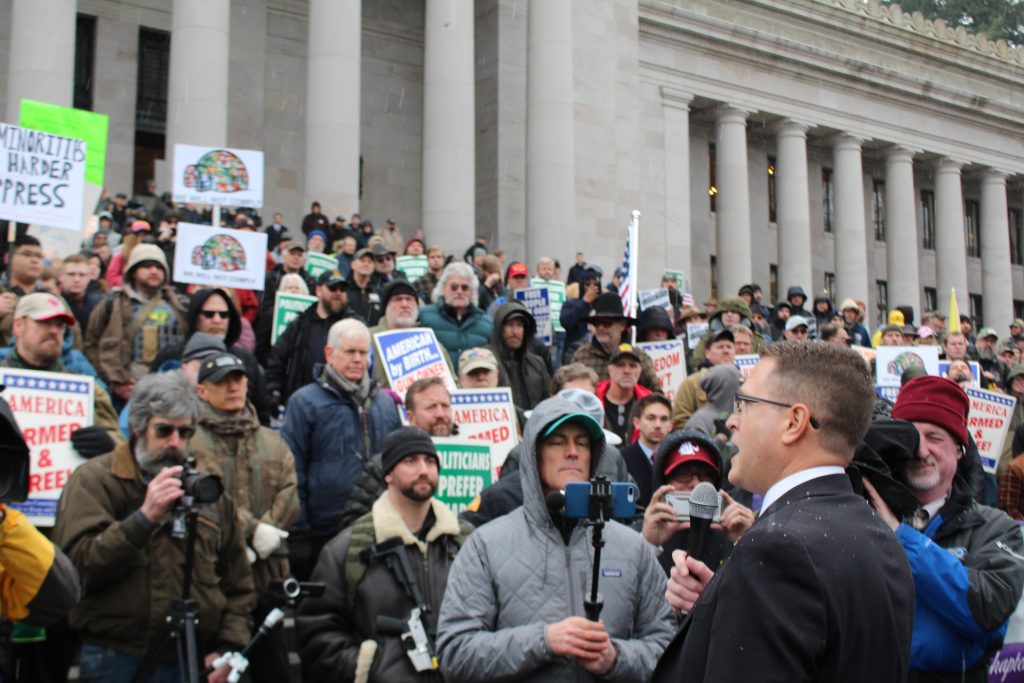